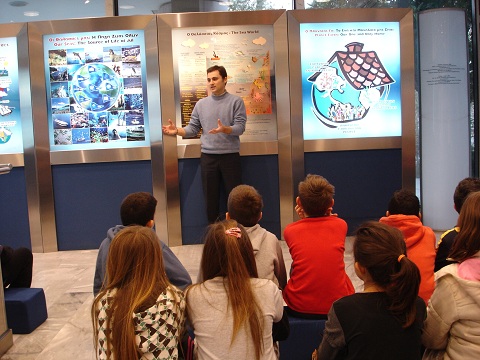 From the Ceres Building in Piraeus

Everyday, the Hellenic Marine Environment Protection Association-HELMEPA shuttles students of schools from across Attica to and from its two permanent Environmental exhibitions. Students are led on guided tours
of the exhibits, which are kindly housed at the Association’s member-company, Costamare Shipping Company SA in Palaio Faliro (Athens) and at the Ceres building in Piraeus.

Since the beginning of the 2012-2013 school year, more than 1, 700 students aged between 8 and 14 years with over 100 of their accompanying teachers, have visited the Exhibitions. There, they have been informed on the marine environment, the dangers threatening it together with the need to protect it as well as on marine sciences and shipping.

The children completed specially tailored questionnaires, which revealed that half the students were unaware of the themes presented at the Exhibits, while 90% stated that the talks were delivered in an enjoyable and entertaining fashion.

Teacher comments about their visits with HELMEPA were particularly positive. They all stated that the visit and the guided tour through the Exhibition “bolstered the environmental consciousness of the students” and that they would strongly recommend the excursion to their colleagues. The following two comments are indicative of this: 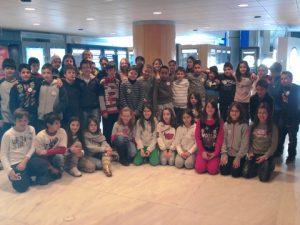 “In these difficult times in which we live, efforts such as those of HELMEPA must be promoted and supported. It is exceptionally important that the students of today, who are the active citizens of tomorrow, are made aware of ecological issues and matters of environmental protection. The complimentary participation of and transportation arrangements made by HELMEPA are key and surely highly appreciated by parents. We wish that your efforts continue to grow from strength to strength, best of luck and thanks to the people of the sea… ‘best wishes for safe voyages!’” 30/11/2012, Palaia Fokaia Primary School (Eastern Attica)

“I first came to HELMEPA as a student in 1994 and have thought it my duty as a teacher to also now bring my students here! Congratulations to HELMEPA for all the great work it offers! 15/10/2012, Armenopaidon Primary School, Nikaia

More teacher comments are available in Greek and may be downloaded from HELMEPA’s website.