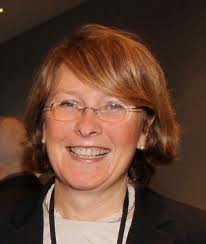 On 7 and 8 February 2013,   European Heads of State and Government are coming together in another attempt to make a deal on the Multi-Annual Financial Framework (MFF), the overall European budget for the years 2014-2020 and the budgets to be allocated to the different policies.

European sea and inland ports urge European leaders not to touch the envelope of 31.7 billion Euro foreseen for Europe’s transport infrastructure investments under the Connecting Europe Facility (CEF). Already last spring, EFIP and ESPO took the lead in a campaign set up by 28 European transport organisations to secure the TEN-T budget. Both organisations also encouraged their members to sign the declaration that was initiated by Commission Vice-President Siim Kallas at the end of last year.

European Federation of Inland Ports Director Isabelle Ryckbost points out: “The proposed TEN-T budget is aimed at financing a concrete transport infrastructure plan, that will benefit all transport modes, Member States and regions. The 31.7 billion Euro will not only serve transport as such. By optimising transport links and transport nodes, all other policies, not in the least  Europe’s cohesion and agriculture policy will benefit. In that sense, the TEN-T budget has a real spillover effect and can be considered as one of the best ways of spending European money. It would be a shame if European leaders were to cut this budget and plan.”

ESPO Secretary General Patrick Verhoeven confirms: “We hope European leaders will realise that a 3% share of the overall budget is a bare minimum for a sector that directly employs 10 million people and counts for about 5% of GDP. This is certainly the case for ports. Ports are real job creators and engines for regional development. Moreover, as the main gateways to the world,   seaports are essential to ensuring Europe’s economic growth.”

P&I club correspondents under pressure to take out indemnity insurance