Industry view: Ralph Rayner, Conference Chairman of Catch the Next Wave, on the Revolution of Robotics 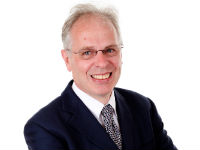 At the ‘Catch the Next Wave’ conference held prior to the last Oceanology International, delegates were given a fascinating insight into how emerging and disruptive technologies might change the way in which to go about understanding our oceans and working upon and within them.

The technology which has the most far reaching implications in this regards is robotics. In many ways, robotics lies at the confluence of many different fields of innovation from new materials and power sources to developments in artificial intelligence, nanotechnology and highly energy efficient electronics.

Initially, underwater robots in their various forms were seen as something of a novelty with only niche applications.  We are now seeing them begin to realise the potential to completely overturn currently established ways of doing things in the ocean.  The defence sector was perhaps the first to recognise the potential of autonomous robotic machines to undertake hazardous and covert activities such as surveillance and mine countermeasures.  The science community too played an early pioneering role with many of the companies now working in the commercial development of autonomous vehicles and other robotic devices having their genesis in the technology laboratories of universities and research establishments.  Following not far behind has been the offshore industries which recognised early on that robotic systems were a key to pushing the frontiers of resource development.

It looks as if this is only the start of a revolution.  As capabilities go up, and costs come down, it looks likely that we will see underwater robots completely changing the way in which things are done.  ROVs and AUVs are already in use in large numbers in defence applications.  In the offshore industry we are seeing the emergence of capabilities which will take robotic devices into a much wider range of applications well beyond their now established use as platforms for a range of survey and inspection activities.  In the science arena there is a rapidly growing recognition that robotic systems can substantially augment, and in a growing number of instances replace, conventional techniques.  They offer the potential to do more for less, especially in the area of reducing the need for very expensive research vessels.

It has never before been more important to keep up with this rapidly changing field and to be positioned to anticipate and benefit from technological innovation in the near and the more distant future.   The timely and highly relevant content of Oceanspace is one important way of doing so.  However, watch this space for plans for further ‘Catch the Next Wave’ events with a specific focus on better understanding where robotics and its marine applications is heading in the coming decade!