First reaction of European Transport Sector to the EU budget deal: a “yes, but…” 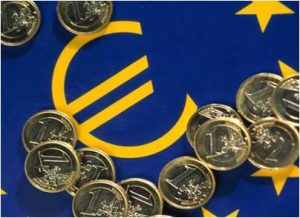 On 8 February, European leaders finally reached an agreement on the EU budget for the next seven years.  With a cut of one third in the 32 billion EUR initially foreseen for transport infrastructure projects, transport does not appear to be considered a priority sector in the next budget.

However, the resulting budget of 23 billion EUR is a significant step forward compared to the 8 billion EUR that was set aside for the Trans-European Transport Networks (TEN-T) in the 2007-2013 period, an amount which Member States have fully taken up according to the latest Commission data. But at the same time, the substantial cut that was made compared to the initial 32 billion will seriously affect the implementation of the transport infrastructure plan the Commission has been developing over the last three years, in close co-operation with Member States and  stakeholders.

In a first common reaction to this result, European transport organisations EFIP, ESPO, INE, IRU, PDI, ECG, ECSA, ETF, ECASBA, ACI Europe and CER say:   “We are satisfied that the transport infrastructure envelope has increased, compared to the current multi-annual budget. Nonetheless, it is a missed opportunity that European leaders decided to cut a growth-stimulating sector. European President Van Rompuy said the budget must be an engine for growth and jobs in the future. It is high time for national governments and their leaders to realise that transport is the engine of the European economy. If people and goods cannot move efficiently,   growth and economic development are constrained. In our view, transport  therefore deserves more than a mere 2, 4% share of the total budget.”

Even if European transport organisations  EFIP, ESPO, INE, IRU,   PDI, ECG, ECSA, ETF, ECASBA ACI Europe and CER remain critical about the deal, they believe it is important that the new EU budget plan for 2014-2020 is adopted soon.    “Realistically, the TEN-T core network and the already defined projects of the ten multimodal corridors cannot be fully implemented with such a small envelope. It means that the robust methodology developed by the European Commission to select projects that are essential to the European transport network cannot be applied. A first come, first serve basis will prevail over the network logic that the internal market so desperately needs. We therefore call on Member States to engage with the European Parliament to make this budget more growth-oriented. In addition, we fully support Parliament’s plea to have a mid-term review in a few years as a way to assess potential reallocations of the budget towards growth-generating sectors like transport. In a similar vein, we agree that a certain flexibility within budget allocations would benefit its overall effectiveness. Last but not least, a swift agreement on the EU budget will allow for progressing with implementing the new transport infrastructure plan, as outlined in the TEN-T and CEF regulations.”