SAMSA on Standby to Assist Fiennes in Antarctica 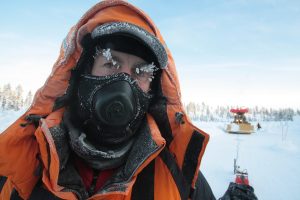 London, United Kingdom, 25 February 2013 – The South African Maritime Safety Authority (SAMSA) are working round the clock with maritime experts to assist international expedition leader Sir Ranulph Fiennes, who has withdrawn from the Coldest Journey Expedition after developing a case of frostbite in the Antarctica. The team was transported to the Antarctica with SAMSA’s own Dedicated Training Vessel, the Agulhas, which returned to Cape Town last week.

Sir Fiennes has reluctantly decided, with the support of the Coldest Journey team members to withdraw from Antarctica while the possibility to do so still exists, before the onset of the Antarctic winter where the team is hoping to carry out the first Winter Crossing traverse. 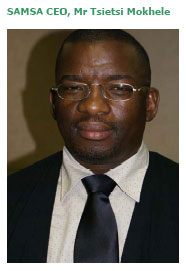 SAMSA CEO Commander Tsietsi Mokhele said today: “We are concerned about the condition of Sir Ran and offer our assistance in whatever way necessary to ensure his safe return to Cape Town from where he will be given medical attention. We have come to understand that the team is working towards evacuating Sir Ran from Antarctica. It is not an easy task due to hazardous weather. But we are confident and are working with maritime experts to ensure him being transported is successful. We remain on standby to assist.”

Mokhele added the courage and determination provided by Fiennes is a testimony that despite the odds, he will remain fully dedicated to the project. “This is a man of steely determination and we are confident of his speedy recovery.”

The Coldest Journey has reported that Fiennes will be transported by skidoo to the Princess Elisabeth Station about 70km away from his current position, from where he will be flown to Novo to get a connecting flight to Cape Town.

“This plan is currently being hampered due to a blizzard at their present location which is making the first stage of the evacuation impossible. Until there is a let up in the weather conditions, Fiennes will be unable to leave, ” Bowring said.

The remaining expedition members, under the experienced leadership of the Traverse Manager, Brian Newham, have unanimously elected to continue with the winter crossing of Antarctica and will undertake the scientific and educational aspects of the project as originally planned, with its humanitarian benefits.