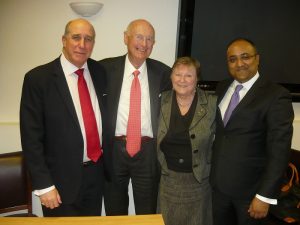 Hopes remain desperately slim for any early easing of the credit squeeze on ship owners, it became clear from the latest meeting of the International Maritime Industries Forum.

Two leading experts with differing perspectives on the sector agreed that there are remarkably few windows for raising funds.

Alan McCarthy, a consultant to Eurofin ship finance advisory group (who contributed an article last year), and Shreyas Chipalkatty of Citi Group delivered their views to a deeply-attentive audience of 46 executives at the IMIF gathering at the London offices of Quantum Shipping Services Ltd, a business founded by Mrs Jean Richards to provide consulting services for litigation, investment and financial work-out purposes. 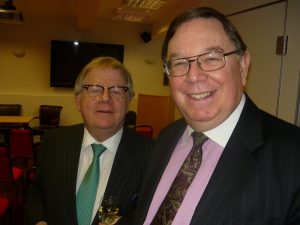 European lenders have pulled back in a big way, and late last year Ted Petropoulos, head of Petrofin Research, described the shipping industry as being threatened by “acute liquidity asphyxiation” and judging by the tenor of the February 18 IMIF meeting, it does not look as though things have got any better.

Mr McCarthy candidly said he had no answer to the question that headed his talk: “Shipping Finance – If Banks Are Gone For Good, What Next?” 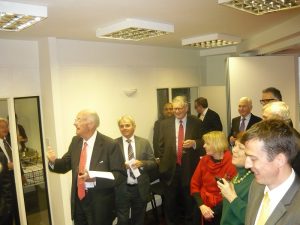 He made no apologies for having been described as a banker basher. One only had to look at the fate of Irish property loans, Spanish property loans etc. Major global banks would try to get away with anything if they can, but he did not apply that criticism to shipping finance bankers, with the exception of German banks that continued to finance KG companies, “knowing that it [the KG system] was always going to go belly-up.” Ship owners too were to blame for having been ill disciplined in some of their investments.

There had been a systemic change – because of the financial problems, bank capital had been destroyed, and legislation was going to make bank capital even more costly. Mr McCarthy warned the maritime sector not too place too much reliance on other potential sources of finance. Private equity could not fill the gap: “They are not banks, they are not lenders, so private equity is not a substitute for finance.”  Debt instruments such as high-yield bonds had limited possibilities, and the capital market was difficult for initial public offerings. Chinese banks had done a lot of Chinese related business, but were much less likely to assist western ship owners in western deals. 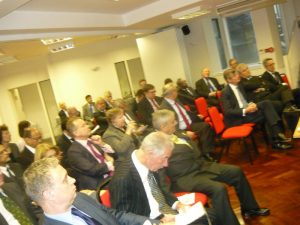 A part view of the audience

“My big concern, ” said Mr McCarthy, “is that the financing door has pretty much been slammed shut on the backbone of the shipping industry. The shipping industry is still the most important industry in the world. This vital link in the global industrial chain is floundering at the moment because it does not have access to the vital loan capital.”

There was much interest in the contribution of Mr Chipalkatty, because his US-headquartered bank last year bought a portion reportedly valued at $2bn of the shipping and offshore energy loan portfolio of SocGen, which was believed to have increased Citi’s book to $11bn. 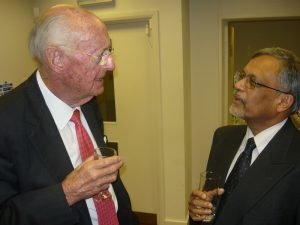 The Citi director asked: “What needs to change to make the sector bankable/financeable?” As Mr McCarthy had suggested, this sort of question was not easily answered.

Mr Chipalkatty said that previously, banks were able to source cheap money, not just for shipping but for real eastate, project finance, aviation and so on. Now, what was broken was the acceptance of risk by banks. He homed in on the question of risk defeasance – the setting aside by a borrower of enough cash or bonds to service the debt. In shipping, there was security with the ship which is an asset with a cyclical value.

“Risk defeasance and the ability to place risk is non-existent, ” he said bluntly. The banks needed internal methods to defease the risks. What might address the problem would be for somebody to write a piece of insurance on what might be sustained on a first-loss basis.  Like Mr McCarthy, he cast doubts on the usefulness of the bond market to come to the rescue: “the bond market does not understand shipping and it is such a small part of the capital market that it does not want to put the effort into it.”

The core problem for the backbone, the small/medium enterprise class is, how do you refinance what was in the balance sheet between 2003 and 2007 because it was done cheaply?

For the next five years we would have to become accustomed to more and more expensive financing plans. He foresaw a time horizon of five years to see some stability in the European financial situation.

Mr McCarthy suggested that it could be 2020 before banks could recover the relevant liquidity, but Mrs Richards responded: “Never say never. I am optimistic for the banks getting back to some kind of sensible shape. In the US, banks are getting back to the recovery path.”

IMIF chairman Jim Davis said that this was an enormous topic: nobody is putting anything into shipping. The banks were running scared, trying to get rid of their non-performing loans. “I don’t think that they [the banks] are gone for good, but they are gone for a good while, and in the meantime there will be a lack of this money.” The shipping market had changed very quickly, and the small owner was going to have to be very quick on his feet.