Caroline Summerfield’s sculptures call to mind the tragedies of ancient cities that were overwhelmed by catastrophe. The London artist describes her output as fragmented, figurative, archaeological forms.

She is exhibiting three works at the 20-artist group show After the Monet at Coningsby Gallery, Tottenham Street, London W1. They are giclée editioned prints on handmade paper, and are inspired by her sculptures. 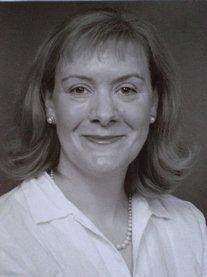 The creation of these 2D prints will make her work as a sculptor more accessible to art buyers. It amounts to a fascinating prelude for anyone planning to visit the Pompeii and Herculaneum exhibition at the British Museum from March 28 – September 29 2013. That will be the first exhibition at the British Museum on these doomed cities, and has Goldman Sachs as sponsor.

The two cities on the Bay of Naples were buried in only 24 hours by an avalanche of hot ash, rock and gas as Mount Vesuvius erupted in AD 79. This smothered the life of the cities but preserved much of its essence, to the delight of archaeologists nearly 1, 700 years later. Later still, the remnants of Pompeii have found an echo in the work among others of of Caroline, whose theme is “the impalpability of the human form, when re-called through memory.” 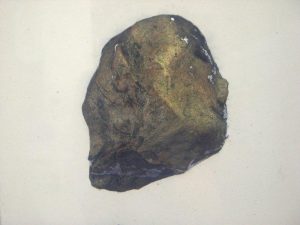 The Archaeology of Self No.1
Giclée editioned Print

Back to After the Monet. That March 4-9 exhibition is a consequence of the BBC2 TV series Show Me The Monet 2. The 15-part series followed amateur and professional artists competing to take part in the Show Me the Monet Grand Exhibition and Sale at the Mall Galleries in London. From an original 3, 000 applicants, 100 were short-listed, and faced the ‘Hanging Committee, ’ a panel of art critics: Charlotte Mullins, David Lee and Roy Bolton

Caroline, who has practised commercial property law in the City and who sculpts in stone and in bronze, told us of her path to the winners’ podium. “If I had known that only a tiny percentage of the artists who applied would finally be selected, I would not have dared enter, ” she said.

“As it was, when the telephone call came late one evening from the television company, I had been working late at my studio. Seeing the message light flashing, I took only a casual interest in the messages being played back as I set about making supper. That was only round one. I was then interviewed over the telephone about my work. After that I was invited to the television company’s offices for a screen test, which thankfully I passed.

“I was down to the final and would be going before the ‘Hanging Committee’ in the beautiful surroundings of the Medieval Hall at Eltham Palace. My day started early, having rehearsed and rehearsed what I was going to say and knowing that I would have only minutes to convince the judges. I arrived on the day of judging at 7am, without having had breakfast because I was too nervous to eat. There was a series of chats and interviews with researchers, then a walk through the building for filming purposes and the realisation that it would be continuous filming once I left our ‘green room’ upstairs.

“From the door to the Grand Hall it is a long walk towards the judges, and by then I knew that all the previous artists had been rejected. Staying calm and engaging with the judges so that they focused on my sculpture I believe saw me through. Charlotte Mullins and Roy Bolton voted for my work which satisfied the selection criteria: skill, originality and emotional engagement. David Lee by his own admission did not know what to think when I explained that the sculpture contained no literal photography but was a many layered construct created by me. 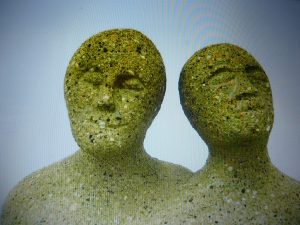 You and Me, Glicée Editioned print, By Caroline Summerfield

“My work, consisting of sculpted layers of semi-transparency, causes the viewer to look within the work and ultimately within themselves. It can leave you emotionally moved or dumbfounded – the choice is yours.”

Caroline added: “Selection in such a tough environment really tested my resolve as an artist. It encouraged me to make submissions for more exhibition opportunities, as a result of which I shall be showing my sculptures in the grounds of Godinton House, Kent, in July and August 2013.” (Details on www.godinton-house-gardens.co.uk )