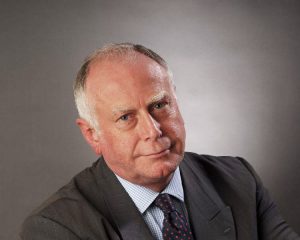 28 February 2013 – Ince & Co Hong Kong has acted as exclusive legal counsel to the Hong Kong Maritime Museum on its establishment and all operations since its inception as a concept in 2003 to the opening of the Museum in its first premises at Murray House in Stanley in 2004. We have recently advised them on the legal aspects of the Museum’s relocation from Stanley to Central Ferry Pier 8 overlooking Victoria Harbour in the heart of the central business district.

The museum’s new expanded galleries represent more than 2, 000 years of Chinese maritime history and culture, including 15 new permanent galleries that will be open to the public. The museum opened on 25 February 2013.

David Beaves, partner and honorary legal advisor to the Hong Kong Maritime Museum comments: “Ince & Co has long embraced its responsibility to the maritime community in the region. The new museum captures the story of Hong Kong’s rich seafaring past together with its strategic importance and rise as a dynamic Asian economy. Specifically, its growth and development as a major world port and top maritime centre.”

“The firm is a long-standing friend of the Hong Kong Maritime Museum and we are delighted to be supporting this important reopening, as well as the Museum’s future endeavours, ”  David adds.

Established in 1979, Ince & Co’s Hong Kong office has an efficient team of lawyers providing services of the highest standard. Our lawyers include lawyers licensed to practise in the People’s Republic of China. Several of our lawyers are qualified in England, Singapore and Australia in addition to holding local qualifications. Our lawyers have expertise across all the firm’s core business areas of shipping, insurance & reinsurance, international trade, aviation, business & finance, energy & offshore. We also work in all forms of local, regional and international arbitration, litigation and Alternative Dispute Resolution (ADR).

I would like to know how you can help someone like me the mother of LEE DAGNAN who died last year tragically from malaria whilst working for a UK maritime company as an armed body guard sailing on a Chinese vessel sailing under the HONG KONG flag. my son was left on board for 6 days with no medical help and no testing for malaria. There seems to be no help in this situation I would be grateful for a reply on this. Thank you.