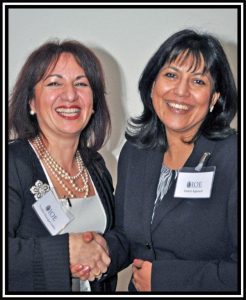 Ambitious plans by India for $1trn of infrastructure development between now and 2017 promise a wealth of opportunities for UK and other companies planning to enter or expand in the sub-continent, trade experts said at an appropriately named Opportunity India event organised by London branch of the Institute of Export and International Trade.

Companies were advised by speakers to prepare carefully for their dealings with a nation which has distinct, ingrained cultural values, and where the Hindi word for “yesterday” also means “tomorrow.”

Kevin McCole, chief operating officer of the UK-India Business Council, referred to the negative press that India has had – growth plummeting, corruption scandals, policy paralysis in New Delhi – but “that is not the whole story.” He quoted UK Prime Minister David Cameron – who has led trade delegations twice to the country – as saying that India by 2030 would be the third biggest economy in the world.

There were 150m internet users in India, and foreign companies were investing vigorously. Costa Coffee opened 100 stores in 2012 and has another 100 planned.  A Sheffield company had won permission to open the first 100% foreign-owned business. Ford will invest nearly $1bn to establish a new automobile plant in the western state of Gujarat, the company’s second plant in India. The London ambulance service has a partnership contract with emergency services in India.

Infrastructure projects are focused strongly on urban development, notably in relation to what is known as the Mumbai-Bangalore economic corridor. Renewable energy is an important developing field, against a background of India’s reliance on imports to satisfy 78% of its demand for oil.

Emphasising that India was in effect more than one country, Mr McCole said that the economies of some states were growing much faster than other; for instance the northern state of Bihar had grown 15% over the last three or four years, behind only the dynamic state of Gujarat which had a population the same size as the UK and benefited from having five sea ports.

Shalini Agarwal, a senior partner at Clasis Law, said that India had committed itself so deeply to the economic liberalisation process that it could not afford to reverse it. As far as investment is concerned, “it is no longer a question about why India, but about how India.”

Some bad public relations had come out of the way the government handled things, but if one digs deeper and understands the ”game playing, ” India is quite stable compared to many other jurisdictions. India had been described as a land of romance and mystique, with 2m gods… and 3trn regulations (“I kid you not.”) One had to remember that the Hindi word ‘kal’ meant both yesterday and tomorrow.

Reviewing key legislation, Ms Agarwal said it was important to look closely at the Indian Contract Act 1872 with its wide-ranging impact on areas including employment practice and memoranda of understanding. She always told clients to stay away from law courts, as the system could be very slow (it was said in 2009 that the High Court in New Delhi would need up to 466 years to clear its backlog).

Sabe Tibbets, director of Kernal Consulting and former Asian specialist at UKTI, urged businesses to be aware that some of the solutions developed for India were totally applicable to other emerging markets.  Asia was a key factor in the McKinsey forecast that by 2025 the consuming class globally would be 4bn people.

In India, most of the cities – first tier, second tier – are really good business opportunities, said Ms Tibbets. Even the third tier population centres were big cities in their own right. Ms Tibbets advised UK business people to try to understand what makes India tick: to remember the importance of family and of personal recommendation and knowledge of whom you are dealing with. It is about networks and networking, and how you network – going to someone’s wedding could be as significant as a formal business meeting.

Other speakers included Uday Dholakia, chairman of the Indo British Trade Council, and Babu Datta, managing director of Evolve Creative.  They were introduced to the audience by Ms Toufak Ahangari, chair of London branch of the Institute of Export and International Trade.

Indian Prime Minister Manmohan Singh has insisted that infrastructure is at the top of his agenda. The 12th five-year plan to invest $1trn covers the full range of infrastructure development — from building roads, to constructing airports, creating and upgrading sea ports, and strengthening the power grid. Half of the projected funds for boosting the transport and trade framework will come from the home private sector and half from foreign direct investment.

The Union Ministry of Shipping wants investment of $ 13.55bn in port projects during the five-year plan. This appears consonant with a combined $110bn package to develop ports and shipbuilding under what is known as Maritime Agenda 2010-2020. India has 187 minor ports and 13 major ports across the nine maritime states. According to the Planning Commission, the capacity of Indian ports will have to be almost doubled over the period if they are to handle the growth in cargo volumes.

The target includes obtaining approval for establishing two major new ports, one in Andhra Pradesh and the other in West Bengal.

A report a couple of years ago from India’s Commerce Department found that the country loses around $13bn annually because of high export transaction costs, blamed mainly on inadequate port infrastructure. The report said that if infrastructure issues are addressed and policy reforms aimed at promoting exports continue, India could export close to $6trn in value annually by 2030, when it would produce about 10% of global output. Standard Chartered Bank in 2011 in its India Super-cycle Report (referred to by Mr McCole during his presentation) said that developing world-class infrastructure – particularly in power, roads and ports – would go a long way towards improving productivity.

Over the next 20 years the working-age population could increase by more than 200m and half of the total population would be under 25.By 2039, India will add about 1bn people to its middle class as per capita income increases. The bank’s researchers estimated a $11trn market for non-food-related products and services within total consumption of $15trn by 2030.

Fantastic article and we are really looking forward to our Opportunity Brazil event that’s on Wednesday 24th April.

If you want to find out more about the Institute of Export, or our branch activities, please visit http://www.export.org.uk