Change of Guard at BIMCO 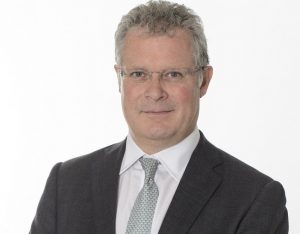 BIMCO is pleased to announce that its new Secretary General/CEO to succeed Mr Torben C. Skaanild on his retirement later this year will be Mr Angus R. Frew, currently Chief Executive of the UK Chamber of Shipping.

The appointment of Mr Frew was unanimously approved last week by the BIMCO Executive Committee at its meeting in Shanghai. It is expected that Mr Frew, who will be relocating to Denmark, will take up his appointment on 1st October 2013. Mr Skaanild will continue in a support role to the new Secretary General, and the incoming President of BIMCO, for a period of six months thereafter.

The BIMCO Executive Committee also unanimously supported the appointment of Mr Michael Lund, BIMCO’s Chief Shipping Policy and Economics Officer, to Deputy Secretary General, an appointment that reflects the importance of this particular area to BIMCO and to the shipping industry in general.

Commenting on the changes, Secretary General Torben Skaanild spoke of his delight at the appointment of his successor. “Angus Frew has had a distinguished career in business and the shipping industry, in several parts of the world and brings so many special qualities to BIMCO.  BIMCO is very much looking forward to having him at the helm.”

Mr Skaanild also said that the promotion of Michael Lund reflected his “tremendous efforts on behalf of the organisation, notably in relation to the political processes in Brussels and Washington, and his constant focus on what is good for the industry”.

Mr Frew commented “I am absolutely delighted to be appointed Secretary General of BIMCO, the largest and most prestigious international maritime association. I was brought in to reinvigorate the UK Chamber of Shipping and this has been successfully completed.  I look forward to further building upon the excellent achievements that Torben and the BIMCO team have delivered over the last five years.”

Mr Frew has been Chief Executive of the UK Chamber of Shipping since 2009. He was previously President and CEO of GE SeaCo SRL, a leading container leasing business, and Senior Vice President of the Container Division of Sea Containers Ltd.  His earlier career in senior management in Diageo Plc and Seagram saw him based in both Prague and Tokyo. Mr Frew is currently a director of Global Ship Lease Inc, and other non-executive appointments have included a directorship of the Container Owners’ Association and Chairman of the Institute of International Container Lessors.

BIMCO is a shipping association providing a wide range of services to its global membership of stakeholders who have vested interests in the shipping industry, including shipowners, operators, managers, brokers and agents.

The association’s main objective is to facilitate the commercial operations of its membership by means of developing standard contracts and clauses, and providing quality information, advice, and education.

BIMCO promotes fair business practices, free trade and open access to markets and is a strong advocate for the harmonisation and standardisation of all shipping related activity.

Accredited as a Non-Governmental Organisation (NGO) with all relevant United Nations agencies and other regulatory entities, BIMCO actively promotes the application of international agreed regulatory instruments.