BRAEMAR SA recruits for the future 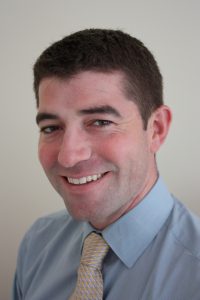 In a move which reinforces its commitment to future growth, Braemar (Incorporating The Salvage Association), (Braemar SA), announces important new additions to its worldwide team of marine surveyors and consultants, as well as the opening of two new locations.

In the growing New York office, John Walker will be joining Braemar SA as Chief Surveyor, P&I and Legal Services Manager for the Americas, bringing with him extensive experience of marine consultancy at a senior level. Also new to the New York office is Luca Bruga, a naval architect, who will be joining as a Staff Surveyor. Luca was previously with The American P&I Club where he most recently worked within their loss prevention department.

Elsewhere three new Staff Surveyors have also been appointed. Christian Vammen brings his industry expertise to Dubai, Paul Saunders, a marine engineer becomes part of the London team and Freddie Lighthelm, a master mariner, joins in Capetown. Braemar SA has opened an office in Seattle to support US West Coast operations, and north into Canada and Alaska, with Jonathan Wanliss appointed as Principal Surveyor.

Within the Far East region it has established an office in Manila, with Marx Quebral transferring from the Singapore office to take on the role of Principal Surveyor.  Speaking on these new appointments and new offices Nigel Clark, Braemar SA Managing Director, says; “In our industry, recruiting well qualified and experienced technical staff is always a challenge, and I’m delighted that we have managed to attract five new recruits of such high calibre. Not only will our new staff members help to grow our business but they will also, along with our existing surveyors and consultants, form a part of our succession planning process to ensure we have suitably qualified and experienced senior managers in the future. I’m also delighted with the progress to date of our new offices in Seattle and Manila, both of which are proving very successful.”