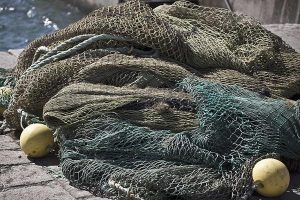 The ITF has deplored the Irish government’s failure to take steps to prevent deaths in the fishing industry.

It criticised Department of Transport, Tourism and Sport (DTTS) minister Leo Varadkar and Department of Jobs, Enterprise and Innovation (DJEI) minister Richard Bruton for failing to put in place the necessary safeguards to protect seafarers (fishers) in the fishing industry from future tragedies.

However, the ITF has welcomed the DTTS decision to implement the recommendations of the Marine Casualty Investigation Board report into the sinking of the Tit Bonhomme on 13 January 2012 with the loss of five of the six Egyptian crew.

Commenting on the report on 8 April, ITF coordinator for Britain and Ireland Ken Fleming said: “A fundamental aspect of the industry not addressed in the report, and one studiously ignored by both departments, is that many of the workers are here illegally, have no rights and therefore operate at the whim of the owners and operators of vessels. The contracts of employment for these men, where they exist, are illegal and therefore unenforceable. They cannot refuse to work, no matter what the weather conditions are or however many hours they have worked already.

“We have repeatedly raised this with both departments since at least 2008. We proposed to the DJEI that such workers be given a ‘period of reflection’ similar to that provided to women brought here illegally to work in the sex trade, in order that they can approach the authorities for protection, but this has never been done.”