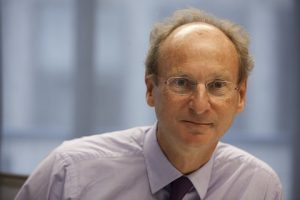 Charles Taylor as managers of the Standard Club have arranged a hull and machinery facility exclusively for the benefit of Standard Club members.

Insurance cover is provided by Swiss Re and certain Lloyd’s of London Syndicates. The facility, known as the Standard Club Hull facility, is able to offer a significant lead position on risks requiring a combined limit of $100m for hull and machinery and increased value (subject to maximum sub- limits of $100m and $30m respectively), $100m for war and $10m for loss of hire.

Claims support to the facility is provided by Charles Taylor as managers of the Standard Club drawing upon support from the worldwide marine insurance expertise resident in the Charles Taylor plc group.

This is the second substantial extension of the Standard Club’s range of services to members announced in the last nine months and reflects continuing feedback from members that they are looking for a more extensive range of services to be provided by or in conjunction with their P&I insurer. In July it launched Kidnap and Ransom, Transport Traders’ Liability and Professional Liability insurance products for its members.

“This facility combines capacity offered by a panel of leading London market hull underwriters using market standard clauses with the level of service that shipowners have come to expect from the Club”, said Alistair Groom, chief executive officer.

“We also expect that the arrangement will produce efficiencies, especially when it comes to handling claims”.

“The decision to arrange an exclusive hull facility for its members is part of the club board’s strategy to enhance the range of services to its members”, said Alistair Groom.

The Standard Club insures 135m gt of shipping and has an S&P A rating with a stable outlook.

Charles Taylor Services Limited, is authorised and regulated by the Financial Conduct Authority (FRN 520262) and is an authorised Lloyd’s coverholder (PIN 108914HLR).

“Women at the helm” film launched at maritime women conference