Payment of hire – finally a condition of certainty

Payment of hire – finally a condition of certainty, by Electra Panayotopoulos 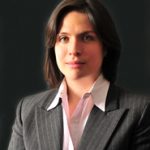 On 18 April 2013, Flaux J confirmed that the obligation to pay hire is in fact a condition. Breach of this condition entitles the Owners to withdraw the Vessel and claim damages for loss of bargain.

AMN Bulkcarriers Inc (the Owners) chartered the ASTRA (the Vessel) to Kuwait Rocks Co (the Charterers) for a period of 5 years by a time charterparty dated 6 October 2008 on the NYPE 1946 form as amended (the Charterparty).

As usual, Clause 5 of the Charterparty provided that Charterers’ failure to make punctual and regular payment of hire would entitle the Owners to withdraw the Vessel from the service of the Charterers, without prejudice to any other claim they may have.

This was complemented by Clause 31 of the Charterparty, an anti-technicality clause whereby in the event of failure to make ‘punctual and regular payment’, the Owners must notify the Charterers whereupon the latter shall then have two banking days within which to rectify the failure.

Owners claimed that Charterers’ obligation to pay hire under clause 5 was a condition. Under English law, a breach of condition entitles the innocent party both to terminate the contract and to claim damages for any loss suffered as a result.

The Owners’ claim amounted to US$13, 109, 977. The position in law was unclear before this case but the generally accepted view in the industry was that payment of hire was not a condition of a charterparty contract.

As a result, in order for Owners to recover damages following the exercise of the contractual right to withdraw they would also need to show a repudiatory breach of contract by the Charterers. The Owners would have to show that the Charterers evinced an intention not to be bound by the terms of the contract (i.e. the Charterparty). This view was notably stated to be the ‘preferred’ view by the ‘bible’ on time charters (T. Coghlin, A.W. Baker, J. Kenny and J.D. Kimbal, (2008) Time Charters (6th Edition) Informa Law from Routledge).

Position after the Astra

Flaux J, hearing the case on appeal from arbitration, found that clause 5 was in fact a condition of the contract. His reasons were the following:

Charterers’ obligation to pay hire is a condition of a time charterparty. Breach of this condition entitles the Owners to terminate the contract and claim damages for any loss suffered without the need to prove Charterers’ intention to repudiate the contract.

This much needed clarity comes at the end of a series of cases of withdrawals by Owners following the collapse of the chartering market in 2008 which resulted in many Charterers being unable / unwilling to service ‘expensive’ charters resulting in withdrawal by owners. It may be a few years yet before the market recovers to such an extent for the same phenomenon to be noted but, when the time comes, both parties will be clear as to the implications of their actions.

The case may be subject to Appeal, and we will keep you posted if anything changes.

Electra specialises in disputes arising from international trade including bills of lading, charterparties, sale and purchase disputes and associated insurance matters. She is often involved in advising on jurisdictional aspects arising out of collisions and limitation actions and in the coordination of multi-jurisdictional disputes. She has extensive experience in litigating in the High Court and the Court of Appeal and frequently represents clients in London arbitration and mediation.

Electra’s practice also benefits from experience accumulated during two secondments, first to one of the largest container line operators in 2000 and subsequently to a leading P&I Club in 2004. She transferred to the firm’s Piraeus office in March 2009.

Electra is bilingual (English and Greek) and is fluent in French.

So, what next for the markets and the unpleasant situations…