Top Posts
Hot Port News from GAC
MarISOT
Don’t take chances where your health is concerned…
Union fury as Scottish Government charter union busting...
US and EU need one another, G7 finds...
Transport Infrastructure Financing course – 20-24 September 2021...
Exceptional Dry Market surge amid enigmatic Geopolitics and...
Landmark Marine film unveiled as the global spotlight...
Thermo King Announces Development of a Bachelor of...
Hot Port News from GAC
Dutch Olympians remain in control at the Hempel...
We’re Half Way There! Will You Join Our...
COLUMBIA recruits medical staff for TUI Cruises
Home ShipmanagementLegal Shylock’s Lament or ‘when is a guarantee not a guarantee?’
Legal 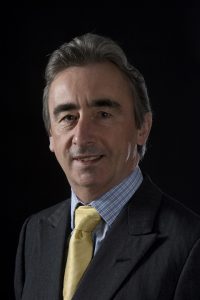 Shylock’s Lament or ‘when is a guarantee not a guarantee?’ by Nicholas Phillips, Hill Dickinson

The whole denouement of Shakespeare’s most controversial comedy – The Merchant of Venice – revolves around the clever interpretation of the wording of the money-lender – Shylock’s – bond given by the titular merchant, Antonio, that ‘the Jew’ be entitled a pound of flesh cut from any part of Antonio’s body should he fail to pay back his loan.

The judge at first instance, Clarke J, might well have welcomed advice from Antonio’s talented young lawyer, the disguised heroine, Portia, to help him cut through the complicated issues that he encountered in interpreting the facts. Overturning his finding on appeal, Lord Justice Longmore felt moved to observe that – ‘with no disrespect to the judge whatever’ he found the original judgment ‘an exhausting document.’ Clarke J found that a guarantee given by the defendant was indeed a ‘true’ guarantee i.e. a performance guarantee and not an ‘on-demand’ bond and it took him 95 paragraphs containing extensive reference to existing case law to do so. The Court of Appeal dealt with the matter far more briskly (33 paragraphs) and held that in fact it was an on-demand bond.

The facts surrounded one of two shipbuilding contracts made between Marine, trade and energy spring 2013 the claimant and Swissmarine Inc of Liberia that were subsequently novated to two buyers from the Marshall Islands, Kantara Navigation Limited and Tamassos Navigation Limited. The contract price for one of the two hulls was to be $41, 250, 000 payable in five instalments. Article 3(b) of the contract required the second instalment ($10, 312, 500) to be paid within five New York banking days of receipt by the buyer of a refund guarantee issued by the claimant’s bank together with a certificate confirming that the first steel plate had been cut in a workshop ‘approved by the buyer’s representative.’ (There was an ambiguity here as to whether it was the workshop or the steel plate that was subject to approval, but the underlying dispute on the actual performance was in fact subject to an arbitration that was running in parallel to the claim before the court.)

The defendant is a Greek bank which provided finance to the buyer for the purchase of the vessel and which issued what was termed a ‘payment guarantee’ in respect of the second instalment of the price under the shipbuilding vessel. Prior to this the buyer had assigned to the bank ‘(a) all moneys and claims for moneys due to the buyer under the shipbuilding contract at any time.’ The terms of the guarantee contained the following wording:

‘We, EMPORIKI BANK OF GREECE SA, hereby IRREVOCABLY, ABSOLUTELY and UNCONDITIONALLY guarantee, as the primary obligor and not merely as the surety, the due and punctual payment by the BUYER of the 2ndinstalment of the Contract Price…’

The claimant subsequently claimed that the steel had been cut as per the shipbuilding contract and that the second instalment was due. The buyer argued that this had not been done in conformity with the terms of the contract and declined to pay. The claimant then looked to the defendant for payment as guarantor out of which the particular arguments that are of interest in this case arose.

The defendant bank argued that the guarantee provided was, as stated, a guarantee and could only be enforced if the claimant had a legitimate claim in law for the money, but not if it were in default under the contract i.e. if the second instalment were not in fact due, no liability had arisen under the guarantee. The claimant demurred arguing that the guarantee, although so named, was in reality a performance or demand bond and as such was payable upon the demand of the claimant. At first instance Clarke J found for the bank and agreed that the guarantee was what it claimed to be: ‘a traditional guarantee’ (although only after referring to some 20 authorities in the matter). Lord Justice Longmore of the Court of Appeal acknowledged that he had not found the case particularly easy either, but he sounded a note of regret on the state of accumulated case law observing that ‘something has surely gone wrong if this comparatively simple question of construction requires such lengthy consideration …’ – throwing down a challenge to himself and his fellow judges, Lord Justices Rimer and Tomlinson – ‘… The commercial community deserves better than this, if better can be done.’

He declined to balance the number of elements pointing to the one interpretation against those pointing to the latter (the approach at first instance), preferring to call upon the assistance of Paget’s Law of Banking (11th edition) which addresses this very issue. Paget recommends that where an instrument issued by a bank contains an undertaking to pay ‘on demand’ and does not contain clauses excluding or limiting the defences available to a guarantor, it will almost always be construed as a ‘demand guarantee’ (or ‘on-demand bond’).

This established, the court had little difficulty in agreeing with the approach offered by Paget and held that the document in question was, in fact, such an ‘on-demand’ bond, whatever it might have chosen to call itself. Perhaps still conscious of the duty he had invoked towards the commercial community, Lord Justice Longmore made the practical observation that, were the Court of Appeal to find otherwise, security documents of the kind encountered in this case would be almost worthless because the issuing bank could resist payment on the basis that a foreign buyer is disputing whether a payment is due. This would have been even more so the case in the circumstances under consideration where the buyer refused to sign the certificate of approval required by the underlying contract. The lesson for the market is simple: when drafting guarantees and bonds, merely referring to the documents as such may not be adequate when it comes to enforcing them, and great care should be taken in selecting wording that precisely reflects the purpose of the document and the intent of the parties affected. If Sherlock had truly wanted to carve that pound of flesh from his debtor Antonio, he should have allowed for the blood that would inevitably flow with it and said so. We never learn the fictitious name Portia assumes in her disguise as the clever young doctor of law – perhaps it was Dottore Paget.

The use of LNG as a fuel