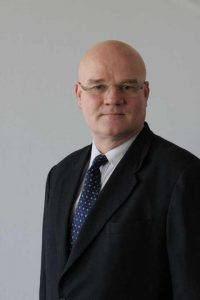 International law firm Hill Dickinson has appointed Ian MacLean as a partner to its London office, where he will focus on his international client base of ship owners, ship managers and their insurers.

This appointment provides the firm with five former mariners at partner level, with Ian joining the existing team of Mike Mallin, Tony Goldsmith, Phil Haddon and Andrew Gray. This team is further strengthened by another five ex-mariner assistants, two of whom are qualified solicitors.

Ian has extensive commercial experience as a former ship manager and ship-owning company director. He remains close to the shipping community, serving as a director and general counsel of InterManager, the international trade association for ship managers. Ian contributes to seminars and writes for the trade press on litigation risk management, casualty management, seaworthiness and the ISM Code.

Maria adds: “Ian has a practical and measured approach in the emotive environment that characterizes the immediate aftermath of a casualty and is recognised for his client focused and commercially pragmatic attitude to settlement negotiations.”