LNG in Singapore: the current and future position* 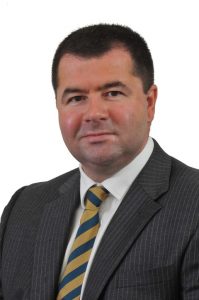 Already well-established as a major centre for global oil trading, Singapore seems on track to become the leading Asia-Pacific trading hub for LNG. With its first LNG terminal set to open later this year, Singapore’s strategic location and proenterprise environment will enable the country to take advantage of the projected future growth in demand for LNG in Asia and establish itself as the key player in the global LNG market.

According to the Energy Market Authority (EMA), at present approximately 80% of Singapore’s electricity is imported through four natural gas pipelines from the South Sumatra and West Natuna gas fields in Indonesia and from Malaysia. In order to reduce the country’s reliance on these sources of energy, in 2006 the Singapore government announced plans to develop the country’s first LNG import and regasification terminal on Jurong island, an artificial island to the southwest of the main island of Singapore. The terminal, which cost approximately S$1.7 billion to construct, is due to commence operations in the second quarter of this year. It is seen as unique in the world in that it has been  designed to accommodate both imports and exports of LNG and to allow multi-party use. As such, it is likely that this will lead to increased opportunities for spot market trading, break bulking and regional distribution of LNG cargoes.

The Jurong Island terminal has a start-up capacity of approximately 3.5 million tonnes per annum (mtpa). This will be increased to 6 mtpa in 2014 and around 9 mtpa by 2018 when a third and fourth storage tank are completed. BG Asia Pacific Pte Ltd (BG) is the current LNG aggregator for Singapore, but it is expected to reach its 3 million tonnes per year franchise by the end of 2013. The question of Singapore’s future import policy beyond the BG franchise is therefore currently open for discussion. In June last year the EMA concluded its first industry consultation on the post-BG franchise, in which it considered whether Singapore’s LNG future imports should be carried out through a regulated sole importer (BG+1) or a multiple aggregator framework (BG+3), variations of which are used in South Korea, Japan,   Taiwan and Thailand. A second consultation paper is envisaged at some stage this year.

It also appears that a second LNG terminal has been mooted for Singapore in the future, although the precise details are yet to be released.

The opening of the Jurong LNG terminal this year comes at a particularly opportune moment from the perspective of Asian gas demand. Recent years have seen a marked increase in demand for LNG in Asia and it is anticipated that this trend will continue in the future. According to the International Energy Agency, Asia will consume approximately 790 billion cubic meters a year of gas by 2015. This will make Asia the world’s second largest gas market.

The increase in Asian gas demand is the result of a combination of environmental, political and economic factors. Following the Fukushima disaster in March 2011, Japan has moved away from nuclear power and placed a greater emphasis on LNG. As a result, the country currently consumes approximately 83 million tonnes of LNG, which amounts to roughly one-third of the total LNG trade.

Similarly, demand for natural gas has increased dramatically in China in recent years. Government plans for the expansion of domestic gas production will lead to an increase in LNG imports into the country. Analysis by Ernst and Young predicts that Chinese demand for natural gas could more than double between 2012–2020.

Malaysia and Indonesia, currently the second and third largest exporters of LNG respectively (after Qatar) are also expected to become importers in the near future. A decline in domestic output and significant population growth in recent years has led to a sharp increase in domestic gas consumption. As such, LNG imports will be needed to bridge the gap.

In parallel with the increased demand for gas in Asia, the development of new fracking technology has led to an increase in the supply of gas in the form of USA shale gas. In just ten years, shale gas has grown from 1% of USA gas supply to 30% of current supply. As a result, the spotlight is currently on the USA as a potential future LNG exporter. Since Singapore enjoys a Free Trade Agreement with the USA, it should not be difficult for Singapore end-users to obtain USA LNG export licences from the USA Department of Energy and commence operations in the near future. Indeed, there are indications that some Singapore companies are already seriously considering the prospect of USA LNG supplies.

Further, recent discoveries of significant natural gas reserves off the east coast of Africa (notably Mozambique, where more than 110 tcf of gas in place has been identified offshore) are likely to give rise to increased LNG exports from the region. Given the geographic proximity of East Africa to Asia, this future LNG will most likely end up in the Asia-Pacific markets.

Singapore as a LNG hub

Singapore is extremely well placed to take advantage of the above trends in the gas market. The country enjoys a particularly advantageous geographic position in Asia, giving it a strong competitive advantage over other key players in the region. It is located between the Indian and Pacific Oceans, and can therefore offer traders both a storage point for their LNG shipments and an export point from which they can ship their cargoes to the key industry-intensive growth countries in the region, in particular India, China, Indonesia and Malaysia.Further, Singapore is renowned for its pro-business environment. In contrast to some of its neighbours, setting up and operating a foreign company is very easy in Singapore, with red tape kept to a minimum. Moreover, the Government has launched a number of initiatives which are designed to actively encourage traders to use Singapore as their base. The most well-known and successful of these initiatives is the Global Trader Programme (GTP), under which certain companies enjoy concessionary tax rates on qualifying trading income. Most LNG trading companies will qualify under the GTP and will be able to enjoy the special rates of taxation (provided they meet the requirements). Even without the GTP, Singapore still offers both corporations and individuals extremely favourable rates of taxation in comparison with the rest of the developed world.

The above factors have already succeeded in attracting the major players in the energy market to Singapore. Key names include BG Group, BP, Gazprom, Shell, GAIL, Statoil and Trafigura, all of which have LNG trading desks and other well-established energy operations in Singapore. Once the Jurong Island terminal is completed, it will be able to provide these companies with the physical infrastructure to support their LNG trading activities in Singapore.

Although other Asian countries such as Japan, South Korea, Indonesia and China would seem like prime candidates for future LNG hubs, especially Japan and South Korea, which already have sophisticated infrastructures for LNG operations, none can provide traders with quite the combination of an extremely favourable geographic location and commercially advantageous conditions that are on offer in Singapore. Perhaps the most serious contender in the region is Malaysia, which is due to complete Phase 1 of its US$1.3 billion LNG import terminal in the Pengerang Integrated Petroleum Complex in the first quarter of 2014. The terminal, which is designed to have a total storage capacity of five million cubic meters, will be used for storage, loading and regasification of LNG, with both domestic and trading use contemplated. Moreover, Q2 of this year will see Malaysia launch the world’s first-of-its-kind re-gasification unit on an island jetty located in Melaka. Singapore will need to keep a close eye on these developments in order to stay ahead of the game.

In addition to the status Singapore enjoys as a global energy hub, the country is also one of Asia’s key shipping centres. The Port of Singapore is one of the busiest in the world, with annual vessel arrival tonnage reaching a record high of 2.25 billion gross tons (GT) in 2012, according to the Maritime and Port Authority of Singapore. In contrast to the container and dry bulk cargo markets, which have seen a sharp decline over the last five years, the gas markets (both LNG as well as LPG) have been the boom sectors of the shipping industry during this period. The increase in the international transportation of gas combined with extremely strong freight rates in this sector mean that earning prospects for gas carriers look positive in the long-term and there are good opportunities for Singapore shipowners in the current market.

All of the above mentioned factors firmly place Singapore on the map as a future global LNG hub, which is able to offer traders the unique combination of a strategic location for their operations, including a new state of the art LNG terminal, and various government-led initiatives to support their business.

Singapore is extremely well equipped to meet the change in dynamics in the global gas market and consolidate its position as a key player for the future.