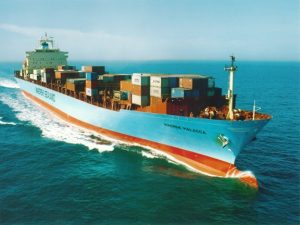 ATHENS, GREECE, May 3, 2013 – Diana Containerships Inc. (NASDAQ: DCIX), a global shipping company specializing in owning and operating containerships, has announced that yesterday it signed, through a separate wholly-owned subsidiary, a Memorandum of Agreement to sell to an unaffiliated third party the 1990-built vessel Maersk Malacca (renamed “Malacca”) for demolition, with delivery due to the buyers by early June 2013, for a sale price of approximately US$10.3 million before commissions.

Capes’ fall: a tempo hiccup or a summer...