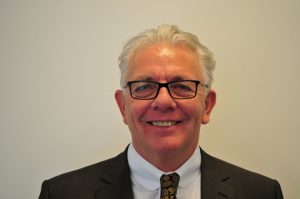 MAN Diesel & Turbo has signed a significant maintenance agreement with German shipowner Rörd Braren. The EMC (Engine Management Concept) agreement covers three ships from the German fleet and is the first such example of this type of agreement in several years. The company reports that the successful cooperation and knowledge sharing between its Hamburg and Copenhagen service locations played a major role in the landing of the agreement.

Dr. Tilmann Greiner, Head of PrimeServ Hamburg, said: “It is the first EMC order for us since market activity ground to a halt back in 2008 but, together with the many, other EMC agreements we already had here in Germany, it shows that this concept is finally about to gain a foothold in what is a difficult market.”

The idea behind the link-up was to gather common resources and exchange knowledge in several, vital areas, which has now led to the creation of an open forum for technology, employees and processes. As a result, PrimeServ can offer customers a substantially higher service level during the course of an EMC contract than any single PrimeServ service centre would have been able to offer by itself.

In this respect, PrimeServ Copenhagen offers expertise within the area of electronically-controlled ME-B engines as well as a comprehensive understanding of maintenance, such as CBM (Condition Based Maintenance). Similarly, the Hamburg hub offers comprehensive know-how within the area of refurbishment at its expansive workshop facilities located close to Rörd Braren headquarters.

The EMC is a tailor-made service model that is customised to suit each individual customer’s special requirements. In Rörd Brarens’ case, the EMC agreement will boosts the shipowner’s technical organisation, enabling the company to increase its knowledge and improve its fleet’s productivity and availability.

MAN Diesel & Turbo reports the adoption of the EMC is a paradigm change within maintenance as, traditionally, shipowners have taken care of maintenance themselves in what is generally a very conservative industry. However Greiner warned that the greatest threat to continued success was to not continuously develop the concept.

The maintenance concept is characterised by a close cooperation between MAN PrimeServ’s global network, something Greiner describes as “an essential prerequisite for success.” He continued: “This close relationship means that we can pool common resources and exchange knowledge, and are able to offer customers a considerably higher level of service than individual hubs would have been able to alone.”

MAN Diesel & Turbo SE, based in Augsburg, Germany, is the world’s leading provider of large-bore diesel engines and turbomachinery for marine and stationary applications. It designs two-stroke and four-stroke engines that are manufactured both by the company and by its licensees. The engines have power outputs ranging from 450 kW to 87 MW. MAN Diesel & Turbo also designs and manufactures gas turbines of up to 50 MW, steam turbines of up to 150 MW and compressors with volume flows of up to 1.5 million m³/h and pressures of up to 1, 000 bar. The product range is rounded off by turbochargers, propellers, gas engines and chemical reactors. MAN Diesel & Turbo’s range of goods includes complete marine propulsion systems, turbomachinery units for the oil & gas as well as the process industries and turnkey power plants. Customers receive worldwide after-sales services marketed under the MAN PrimeServ brand. The company employs around 15, 000 staff at more than 100 international sites, primarily in Germany, Denmark, Fra nce, Switzerland, the