US oil and gas professionals are losing their appetite for risk and are worried about rising operating costs, as they grapple with the consequences of a tougher, post-Macondo regulatory regime, according to new research published today by GL Noble Denton.

Despite the new regulations, the vast majority believe that the US will continue to be a leading investment destination, and that the changes are necessary to improve the safety and reputation of the industry, according to the report.

The research provides a snapshot of industry sentiment towards the issue of new regulation being introduced in the US. It is based on a survey of more than 100 senior oil and gas professionals with operations in the US, and in-depth interviews with 10 industry executives, analysts and academics.

The US government is implementing a raft of regulatory measures in the wake of the Macondo incident in 2010, with the aim of transforming the industry’s safety culture. Oil and gas operators are now required, for example, to demonstrate that they are prepared to deal with a blowout and worst-case discharge, while revising their approaches to everything from well design and workplace safety to corporate accountability.

According to GL Noble Denton’s research, operators believethe US regulatory regime will get tougher over the next two years, as new rules continue to be implemented.

One likely consequence of the changes will bea rise in mergers and acquisitions (M&A)among oil and gas operators, as growing compliance costs accelerates consolidation. Almost six in 10 (57%) US-based oil and gas professionals surveyed for the research believe that M&A will increase as only larger players will be able to afford to compete for business under the new regulatory regime.

Despite the impact of the new regulation, many oil and gas professionals operating in the US believe the changes will help to restore confidence in the industry. Almost half (47%) of those polled said the measures will improve overall safety compared with 35% who did not (a further 18% were undecided). Some operators are already adopting these tougher rules globally, in order to gain a competitive advantage over their rivals.

While some fears remain for a slowdown in investment as a result of the reforms, this is a relatively minor concern. Exactly half of the research participants believeinvestment in the US is set to remain constant or increase – far greater than the 25% who think that investment will decrease. 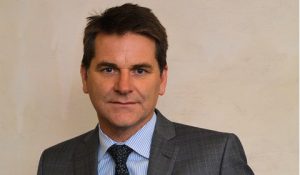 Arthur Stoddart, GL Noble Denton’s Executive Vice President for the Americas, said:“It is inevitable that the devastating Macondo oil spill would incur a strong regulatory reaction. No government could fail to act in the wake of such an incident. The regulations being implemented in the US present new challenges for oil and gas operators in terms of rising costs and workloads, but these changes are absolutely necessary to improve safety and prevent a future oil spill.

“As the new rules continue to come into force over the next two years, the sector will need to adapt to survive in a new climate. Increasing compliance costs, burgeoning legal risks and a greater administrative workload are just some of the effects that industry professionals expect to encounter. Our research shows that smaller oil and gas companies operating in the US are most likely to feel the impact of these burdens.

“Despite these challenges, there are clear opportunities for business growth in the US, and the country remains a leading operating destination for oil and gas companies. Evidence of this is seen in the strong rise in the number of on and offshore drilling permits issued to operators over the past year, suggesting a continued and healthy appetite for investment.”

Viewers can download a complimentary copy of Reinventing Regulation from: www.gl-nobledenton.com

GL Noble Denton, part of the GL Group, is a global independent technical advisor to the oil and gas industry. With a presence in over 80 countries, the company applies global best practice in safety, integrity and performance across the lifecycle of its clients’ on- and offshore operations.

Reinventing Regulation: The impact of US reform on the oil and gas industry is one of a series of industry research reports commissioned by GL Noble Denton. Specifically focused on gauging oil and gas professionals’ reactions to regulatory changes in the US oil and gas sector, it provides a snapshot of industry sentiment, confidence, priorities and fears on this issue.

During March and April 2013, GL Noble Denton surveyed more than 100 senior professionals and executives across the oil and gas sector, all of whom had operations in the US. The majority of respondents have offshore operations, although many also have onshore operations too. Just over one in five (21%) of respondents is employed by companies with revenues of more than US$20 bn, and more than a quarter (29%) with revenues of US$100m or less. Respondents represent a range of levels of seniority: nearly half (46%) are at managerial level, while 34% are directors, C-suite executives or board members.

The research was conducted in association with Longitude Research.

Reinventing Regulation follows the January 2013 publication of GL Noble Denton’s annual oil and gas industry barometer Seismic Shifts: The Outlook for the Oil and Gas Industry in 2013. The report is an annual litmus test for industry sentiment in the year ahead. It was produced with input from a survey of more than 400 senior oil and gas professionals and in-depth interviews with 20 industry executives.

You can download a complimentary copy of both reports from www.gl-nobldenton.com.

IMCA publishes Guidelines on the use of GNSS...