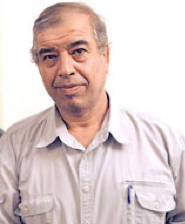 ITF affiliate the Syndicate of Workers of Tehran and Suburban Bus Company (Vahed Syndicate) marked May Day in Tehran by calling on all Iranian workers and their unions to protest against workers’ rights violations in Iran.

In a statement issued on 29 April, the Vahed Syndicate blamed the “dominant security and police repression” for not allowing workers and their families to celebrate on 1 May.

The Vahed union decided to use May Day to press some of its major demands, which include protecting union activists from persecution and justice for those dismissed or arrested for trade union activities. They also redoubled their efforts to secure the release from prison and reinstatement to his job of Reza Shahabi, the union’s treasurer, who was arrested in June 2010 but freed on medical grounds until mid-April, as well as the immediate return to work of three other unionised drivers who were suspended in 2012.

On May Day Vahed leaders visited bus depots, main intersections and bus stops throughout Tehran and distributed pens bearing the Syndicate’s logo to drivers to celebrate international workers’ day. The union reported that these visits brought happiness to the city and broke the climate of fear created by the widespread presence of the security forces.

They also declared solidarity with the workers of Bangladesh who lost their lives during the recent clothing factory collapse.

Ebrahim Madadi, Vahed vice chair, said: “If the authorities don’t respond to these demands fairly, we will work through our friends and colleagues in the global labour movement to bring this to the attention of the International Labour Organization, which will hold its annual conference in June”.

China is embarking on a progressive domestic programme

Tracking the economic impact of climate change on...