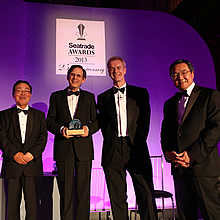 This year’s Seatrade Awards Ceremonial Dinner took place on 10th May 2013, with over 350 of the maritime industry’s key players celebrating the outstanding contributions made over the last year for safe, efficient and environmentally friendly shipping.   The awards were presented by Master of Ceremonies, Stephen Sackur, at the magnificent setting of the Guildhall in London. The Seatrade Awards programme rewards new ideas and concepts that have proved themselves in early operational use and awarding those at the forefront of new thinking.  The independent judging panel chaired by Koji Sekimizu, Secretary-General of the IMO, selected the winners of the 2013 awards. 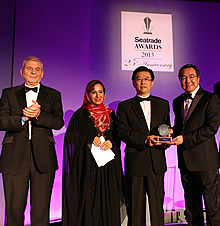 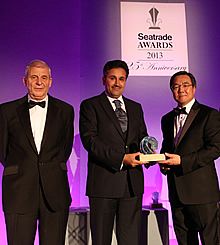 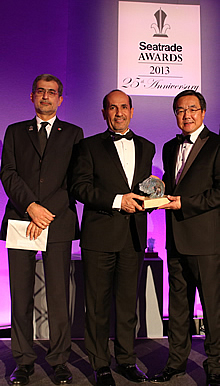 Award sponsored by DP World   Award for Countering Piracy was awarded to His Highness Sheikh Abdullah bin Zayed Al Nahyan, Minister of Foreign Affairs, Ministry of Foreign Affairs, UAE and was accepted on his behalf by His Excellency Abdulrahman Al –Mutaiwee, UAE Ambassador to the UK.   His Excellency Abdulrahman Al-Mutaiwee, UAE Ambassador in the UK received the Seatrade Award for Countering Piracy on behalf of the Ministry of Foreign Affairs, from sponsor Mr Mohammed Sharaf, CEO, DP World and IMO Secretary-General, Koji Sekimizu.

The IMO 2013 themed award: Sustainable Development – IMO’s contribution beyond Rio+20 in support of the IMO’s theme for World Maritime Day for 2013 was awarded to A.P Moller Maersk 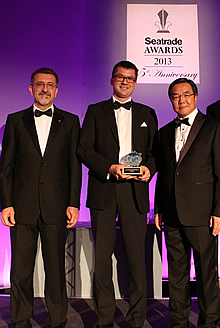 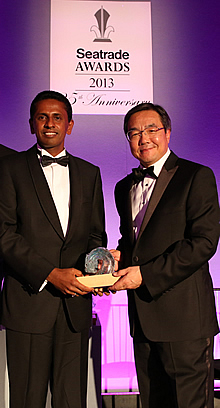 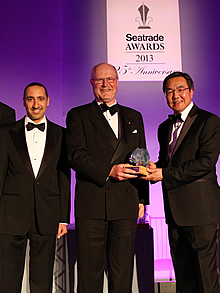 A special award was presented to Themis Vokos, founder of Seatrade in recognition of his exceptional contribution to global communication in the shipping industry.

Worldwide: Dry and wet markets still on a downward pace… Greece: still a lot to be done but oil will be the name of the game