Group net income of EUR 73 million Total earnings significantly increased to EUR 417 million Core Tier 1 capital ratio reaches 10 percent New business proves the progress made in realigning the Bank Chairman of the Management Board Constantin von Oesterreich: “The progress made in implementing our business model as a „Bank for entrepreneurs‟ shows that we are on the right track.”

HAMBURG/KIEL In the first quarter of 2013 HSH Nordbank posted a Group net income of EUR 73 million (previous year EUR 124 million) – in spite of the persistently difficult situation in the international shipping sector and the still challenging macroeconomic set-ting. The Core Bank in particular was able to follow on from the previous quarter‟s positive trend.
A substantial increase in total income to EUR 417 million (previous year: EUR 137 million) made a major contribution to the positive quarterly result. This was driven primarily by a much improved trading result, especially due to much lower charges from the valuation of interest-rate and currency derivatives as well as from the reversal of impairment losses on securities. Total net interest and commission income was slightly up on the previous year‟s level despite the continuous reduction of total assets and very low interest rates.

Once again the result was negatively affected by the scheduled increase in loan loss provisioning for legacy portfolios in the Restructuring Unit. The Bank posted a positive result of EUR 146 million before restructuring costs (previous year: EUR 179 million). The Core Bank contributed EUR 139 million and the Restructuring Unit EUR 7 million to this result.
“Our realignment is increasingly taking hold and allows us to generate new business with good earnings and risk profiles, which are gradually being reflected in the Core Bank‟s result. Irrespective of this, we are keeping a close eye on the management of our risks in the Bank‟s legacy portfolios. We were able to further reduce these portfolios in the first three months of 2013, ” explained Constantin von Oesterreich, Chairman of the HSH Nordbank Management Board. 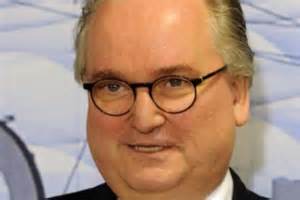 At the end of the first quarter this accelerated reduction of risk positions contributed to a further reduction of total assets to around EUR 125 billion (as at 31.12.2012: EUR 131 billion). This had a positive effect on the Bank‟s core Tier 1 capital ratio , which stood at 10.0 percent compared to the figure at the end of the previous year in spite of the increase in the value of the US dollar (as at 31.12.2012: 9.9 percent).

Earnings up substantially in the first quarter

HSH Nordbank made further progress in the changeover to a „Bank for entrepreneurs‟ as well as stepping up new business with clients in the first quarter of 2013. Here the focus was on prospecting for attractive borrowers, as a result of which the earnings and risk pro-file of the Core Bank portfolio was further enhanced. At the same time higher interest mar-gins were achieved on the market and the client basis was strengthened, also outside of the core region of Northern Germany. New business amounted to EUR 1.1 billion (same period of the previous year: EUR 1.2 billion). However, the decline in the amount of interest-bearing lending resulting from the wind-down of risk positions was reflected at the overall bank level. Furthermore, the even lower market interest rates made themselves felt in net interest income. On balance, net interest income in the past quarter amounted to EUR 260 million, representing a slight decrease on the same period of the previous year (EUR 265 million).

Net trading income improved significantly to EUR 62 million, compared to a shortfall of EUR -203 million in the same period of the previous year. The greatest impact on the in-crease in earnings was exerted by lower charges for interest-rate and currency derivatives (EUR/USD basis swaps), which were used to fund forex transactions. Moreover, decreasing risk premiums for high-risk debt instruments resulted in positive valuation effects at the end of the first quarter. This affected especially southern European sovereign and bank securities held by the Restructuring Unit.

Net income from financial investments increased slightly to EUR 68 million (previous year: EUR 67 million). The first-quarter 2013 result also reflects the increase in the market value and sales of debt instruments. Reversals of impairment losses in an ABS portfolio managed by the Restructuring Unit resulting from the positive trend of the US real estate market made a major contribution to this.

As forecasted, HSH Nordbank‟s loan loss provisions rose in the first quarter to EUR -133 million (previous year: EUR -43 million). This figure includes relief resulting from the second loss guarantee issued by the states of Hamburg and Schleswig-Holstein. The main rea-son for the higher loan loss provisioning was the persistently difficult situation in the inter-national shipping sector. As global shipping capacity increased faster than the demand for transport, freight and charter rates, together with ship values, remained at an historically low level. Over and above the specific risks on individual markets, a generally weak economic setting in the past few months, especially in the eurozone, had a negative impact which has also increasingly affected the German economy in the recent past.

HSH Nordbank‟s cost-cutting program showed further effect at the beginning of the year. Administrative expenses were further reduced to EUR 172 million due to savings in operating costs and to personnel reductions. The trend in operating expenses, which were reduced by EUR 11 million to EUR -78 million, reflects the savings from the continued re-duction of the branch network outside Germany and the Bank‟s portfolio of equity holdings, among other factors. The number of employees decreased to 2, 991 – a drop of 132 compared to the end of 2012. The staff reduction planned by 2014 has already been largely implemented in contractual terms.

Expenses for public-sector guarantees, which amounted to EUR -70 million for the first three months, is entirely accounted for by the second loss guarantee issued by the fed-eral states of Hamburg and Schleswig-Holstein. Since April 2009 the Bank has booked total premium expenditure of more than EUR 2.8 billion for provision of the second loss guaran-tee – of which EUR 1.9 billion has already been paid to HSH Finanzfonds AöR, including a special payment of EUR 500 million.
Outlook

The challenging conditions prevailing on individual markets will continue to affect HSH Nordbank‟s business performance over the remainder of the year. The situation in the ship-ping sector in particular remains extremely difficult. No perceptible recovery can be expected for this market in 2013. Against this backdrop and in spite of the positive Group result in the first quarter, the Bank continues to project heavy loan loss provisioning requirements for the risk-prone legacy loan portfolios for the year as a whole and anticipates a loss at Group level.

Furthermore, additional fee expenses for the planned increase in the guarantee to the original level of EUR 10 billion, to be implemented by mid-year, will also impact on the result. It is hoped that provisional approval of the replenishment of the guarantee by the EU Commission will be obtained by the end of June. The subsequent main review procedure by the EU Commission is expected to last into 2014.

The Bank still aims to return to profit territory by 2014. Earnings will then be boosted by decreasing expenses for loan loss provisions as the markets slowly recover and new business picks up.
“The increased second loss guarantee and other measures to improve capital ratios provide us with sufficient scope in the current setting to expand client business on schedule and further strengthen the position of the Core Bank in the markets. We are also improving our risk profile by focussing on high-quality new business and the targeted wind-down of legacy portfolios, ” said Constantin von Oesterreich.