Directors of the 170 million GT, ‘A’ rated North P&I club confirm the club achieved a satisfactory financial result in the year to 20 February 2013 despite challenging economic conditions. A modest investment return was offset by an overall increase in members’ and pool claims, resulting in the free reserve dipping marginally by 0.6% to US$312.3 million.

Chairman Pratap Shirke and fellow directors approved the club’s 2012/13 financial statements on Wednesday 15 May 2013. ‘Against the backdrop of continuing economic uncertainty, persistently recessionary markets across most shipping sectors and the increase in both current and projected marine insurance claims, we are able to report a satisfactory result, ’ says Shirke.

According to joint managing director Alan Wilson, ‘Investment income net of fees and tax exchange movements produced a rather disappointing US$8.5 million, with North’s conservatively positioned portfolio returning just 1.58%, some US$10 million less than our budgetary target. But due to favourable claims developments in the last three months of the financial year, it is pleasing to report that the originally projected result has improved overall.’

Wilson said the high level of P&I claims costs and frequency experienced during 2011/12 continued into the 2012/13 policy year, resulting in an overall underwriting deficit of US$10.3 million and a combined ratio of 104.4%. ‘Net retained claims of US$282.9 million were notified at 20 February 2013 for the year, compared with US$257.1 million at the same 12 months development point for 2011/12. We nevertheless continue to reserve all members’ claims at a very conservative 95% confidence level in the balance sheet, and our regulatory capital is well above prospective requirements’

Joint managing director Paul Jennings says, ‘one of the main concerns over the past year was the substantial escalation in the cost of the International Group of P&I Clubs pool. The claims activity for the International Group as a whole in 2012/13 means it has so far been the most expensive year on the pool at the 12 month reporting point.’

Jennings confirms that North remains one of the largest and most financially secure members of the International Group. ‘Our strategy was to consolidate the club’s membership at the recent renewal and thereafter seek controlled growth in core areas. As a result, owned and chartered entries have increased slightly to 127 million GT and 43 million GT respectively with a total entered tonnage of 170 million GT.’

He adds that North is now entering its 22nd consecutive year of not burdening members with unbudgeted supplementary funding. In January 2013 the club also maintained its Standard & Poor’s ‘A’ (stable) rating for the ninth consecutive year, with a recognition from the ratings agency that the club is, ‘taking a credible and realistic approach in response to the challenges facing the industry.’ 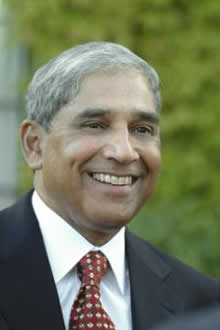 Shirke concludes, ‘During 2013/14 we will continue to reinforce the club’s financial strength and resources to match our ongoing development in quality tonnage. Our strategic focus remains clear, to deliver financial strength and stability and to be responsive to our members while providing the highest and most cost-effective levels of service.’

North is a leading marine mutual liability insurer providing P&I, FD&D, war risks and ancillary insurance to 127 million GT of owned tonnage and 43 million GT of chartered tonnage, with 3500 ships entered by 330 members worldwide. It is based in Newcastle upon Tyne, UK with regional offices in Greece, Hong Kong, Japan and Singapore. The club is a leading member of the International Group of P&I Clubs (IG), with over 12.5% of the IG’s owned tonnage. The 13 IG clubs provide liability cover for approximately 90% of the world’s ocean-going tonnage and, as a member of the IG, North supports, protects and promotes the interests of the international shipping industry.