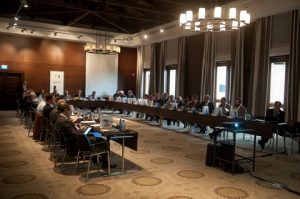 A view from the meeting’s deliberations 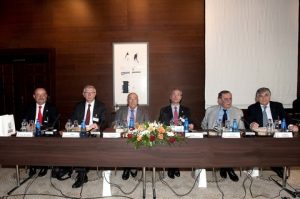 This year the Committee event took place in The Westin Resort of Costa Navarino, located next to the Ionian Sea coastline of The Dunes Beach in Messenia, southwest Peloponnese.

The meeting, chaired by Capt. Panagiotis Tsakos, started with a short presentation on Costa Navarino by Mr. Stefanos Theodorides, Managing Director of TEMES SA (Developers of Costa Navarino) & continued with the announcement of the new Committee Members: 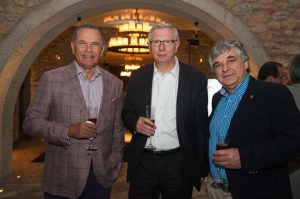 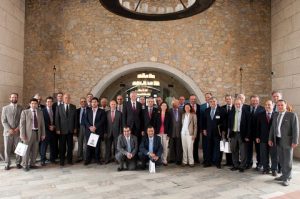 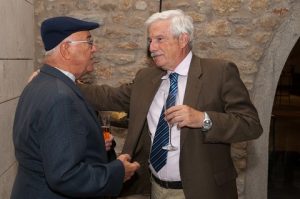 Mr. Didier Michaud-Daniel presented the Bureau Veritas Group Activities for the year 2012, which showed once again a continuation of the strong growth of the Group.

Mr. Philippe Donche-Gay presented to the members of the Committee the Marine & Offshore Activities for the year 2012.

Mr. Ulrik Dan Frorup analyzed the experience and the capabilities of Bureau Veritas in the Offshore structures related to the exploration and production of Oil and Gas. Bureau Veritas is a recognized leader in the determination of hydrodynamic loads and structural analysis of fixed and floating offshore assets. 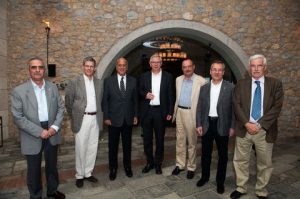 The tools developed by the BV engineers like the Arianne mooring analysis software package constitute an industry standard. BV is strategically placed to take a pole position in the market on practically every aspect of oil and gas exploration and production. Mr. Frorup described in great detail various state of the art projects with floating liquefaction units, shallow and deep water production assets and associated equipment like pipelines, umbilicals and risers. Bureau Veritas has a complete set of rules covering all aspects of the construction, survey and certification of the offshore structures.

Dr. John Kokarakis then presented a thorough analysis of the critical question of our times related to the existence or not of eco ships. Motivated by the flood of new-building orders of eco designs, he examined critically the various design aspects contributing to the reduction of fuel consumption. It became apparent from the presentation that fuel savings can be achieved with the application of operational measures such as reduction of speed, weather routing and the crew training and education on green technology and ideas. The obvious benefits of the eco-ship label might create a two-tiered market in the future, probably without a sound justification. It appears that old and proven ideas and management methods need to be applied in the new era of rapid developments and new business ethics. 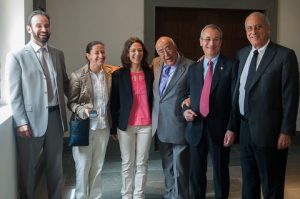 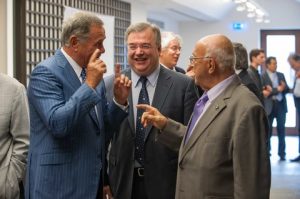 Mr. Maillot, based in Shanghai, responded to questions regarding the new buildings in China, Korea & Japan shipyards. 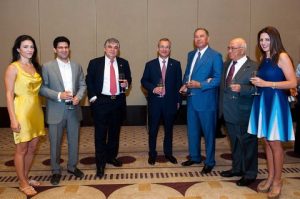 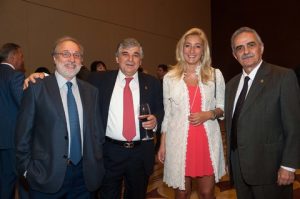 During the Committee meeting, members’ wives had the opportunity of a very interesting excursion, visiting Methoni’s castle and Pylos area.

All participants to the Committee meeting concluded the day with a Gala dinner at “The Orion” room of the Westin Resort.

Agatha Christie would have loved it! What’s next for the Shipping Industry?

Who’s next for a crash test in Shipping, Banking and Shipfinance?