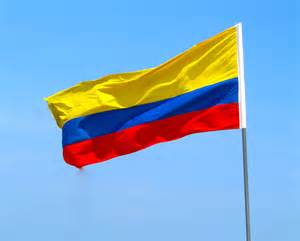 According to Roberto Junguito, President of the Colombian Federation of Insurance Companies (Fasecolda), despite the violence and internal conflict the country has experienced over the last decade, the Colombian economy has been one of the least volatile in Latin America and has shown resilience to the recent international financial crisis.

“The economic outlook of the country is very promising and the medium term GDP annual growth rate has been projected at a level of 4.0-4.5%, ” says Junguito.

He explains that the country’s economic strategy is centred in developing infrastructure as a leading sector of the economy: “The ambitious investment programme in the development of a modern highway system and other public investments in infrastructure

“Colombia is still a relatively small market for Lloyd’s with $125m Gross Written Premiums (GWP), almost all of which is reinsurance. However, growth is strong, with business more than doubling over the last five years, ” says Nelson.

“Principal classes of business include energy, engineering and construction risks and terrorism.”

He describes oil, coffee and coal sectors, as well as an ambitious programme to develop infrastructure, as ‘sweets spots, ’ presenting major opportunities for Lloyd’s.

Ed Lines, deputy head of underwriting, property (D&F) division head at Lloyd’s syndicate Chaucer, says: “Our perception of the larger risks that come to London is that the Colombian market is a well ordered and develop done.”

“Many Lloyd’s brokers have strong links with local brokers and insurance companies give us a well-established distribution network.”

“Despite the fact that we consider the Colombian market to be extremely competitive, the overall loss ratios in comparison with other Latin American countries remains extremely good.”

Despite the region’s strong economic fundamentals, insurance penetration remains low at around 2.5% of GDP, presenting opportunities for growth across many lines of business.

In Colombia’s non-life market the most important line of business is automobile insurance with approximately 25% of the non-life market, followed by SOAT (compulsory personal auto accident protection) and fire and earthquake insurance.

“Among the growing lines we find surety bonds engineering and liability insurance. Marine insurance has a low penetration but it is highly profitable line of business, ” says Junguito.

“On the personal and life insurance side, the largest line of business is group life, driven by policies linked to credit, followed by private health insurance. Individual life insurance has not been fully developed as well as other lines such as personal accident liability insurance and education insurance.”

“With the growth of the Colombian economy, the region will need to invest in high levels of insurance, ” warns Nelson.

Last year Lloyd’s published a report on underinsurance in catastrophe cover, which revealed that Colombia needs to invest approximately $600m to bridge the gap between and insured losses following a disaster.

“When we examined the economic losses following natural catastrophes in the years between 2004 and 2011 we discovered that well over 90% of these losses were uninsured, ” said Nelson.

“Of the countries we analysed, only China had less insurance protection by this measure. Colombia is, of course, exposed to earthquake and flooding risk and Lloyd’s can, of course, help to provide cover in this areas. This will make the Colombian economy more robust and free up capital to fuel further growth.”

“So we believe, very strongly, there is mutual benefit in increasing the amount of Colombian business in the Lloyd’s market.”

Colombia Insurance Day
On Thursday 6 June, Lloyd’s, The British and Colombian Chamber of Commerce and Clyde & Co hosted the Colombia Insurance Day at Lloyd’s.
Lloyd’s Chairman John Nelson opened the event, attended by 90 delegates from both the London and Colombian Market.
Following his opening Nelson, Roberto Junguito, President of Fasecolda and Nigel Luson, Chairman of the British and Colombian Chamber of Commerce signed a Memorandum of Understanding (MoU) designed to increase collaboration and develop partnerships between Lloyd’s and the Colombian Market.
The MoU is part of Lloyd’s wider strategy, Vision 2025, which aims to substantially grow Lloyd’s business in emerging markets, including Latin America.