The children of Thessaloniki, the Municipality and HELMEPA 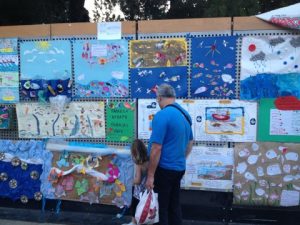 Many of Thessaloniki’s 300 children-members of the “HELMEPA Junior” Program, heralding from kindergartens and Primary Schools from around the city and the wider region, were presented with their Commemorative Certificates of Participation during the Municipality’s environmental scheme of “GREEN PARTY” celebrations on Saturday 8th June, held in the city of Thessaloniki (Northern Greece).

The children exhibited their artworks and other creations that had been inspired in the spirit of their competitive edge during their participation in the “HELMEPA Junior” Program, they spoke about their experiences in the Program and also sang songs about the sea, which they themselves had composed. 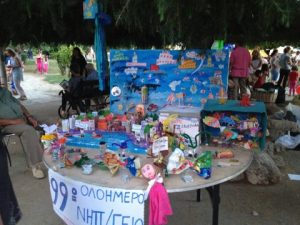 On yet another occasion throughout the Program’s 20 years of operation, youths once again demonstrate that they do indeed possess and harness the appropriate maturity when dealing with issues pertinent to the protection of the environment. And it is particularly gratifying for HELMEPA’s volunteer members, Greek seafarers and ship owners, that the Municipality of Thessaloniki announced the promotion of the “HELMEPA Junior” Program in its city for the following year as well, during the celebrations. 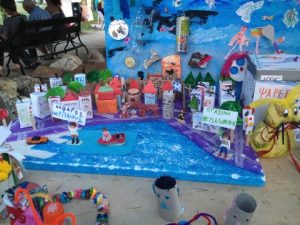 We must stress that the program operated with such success in the city of Thessaloniki thanks in great part to the financial contribution of HELMEPA Associate Corporate Member, MAMIDOIL-JET OIL.

We wholeheartedly thank the Municipality of Thessaloniki and its staff, the city’s volunteer educative community, the children and their parents and MAMIDOIL-JET OIL for their contribution in ensuring that the new generations do not forget that the fate of our planet rests with us.

ITF urges support for Day of the Seafarer

Presentations to the Future of Ship Safety Symposium