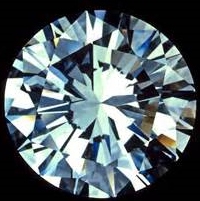 The Cannes film festival in May this year was hit by two high-profile jewellery heists. In the first, Swiss jeweller Chopard had gems reportedly worth $1.4m stolen from a hotel room and in the second, a diamond necklace worth £1.7m ($2.66m) disappeared during a party, according to the jeweller, De Grisogono.

Lending expensive jewellery to be worn at star-studded events or bringing gems to be viewed at exhibitions is an important way for jewellers to get exposure. However, it also leaves their goods more vulnerable to theft.

“These jewellery companies want to advertise their wares and they do this in various different ways, explains James MacNaughton, an underwriter for specie and fine art at Ascot.

“This may be through extravagant photo shoots for boutiques, magazines and other advertising, but there is also a strong trend to use some of the high publicity opportunities such as the Oscars, the BAFTAs and the Cannes film festival, ” he continues.

“At such events it is not uncommon for jewellery companies to lend the models, actresses and actors various pieces to enhance their outfit, look decorative and with each individual piece make a statement as well as perhaps creating a talking point.”

However, there is a risk of loss or theft to whoever owns the goods, and therefore insurance is required.

“Underwriters are prepared to write that risk subject to various security requirements and the terms and conditions of the policy including the necessary clauses. What is unique about writing this class of business is the considerable values now involved in insuring diamonds and jewellery combined with the obvious portable nature of the items.”

Depending on the event, security requirements might include the need to keep jewellery in a hotel safe or vault. A minimum number of staff in attendance would be stipulated for exhibitions along with the requirement that goods are kept in locked showcases with keys removed. CCTV cameras can sometimes be required.

Unlike large masterpieces, precious gems and items of jewellery are typically small and easy to hide once they have been stolen. A common ruse used by thieves in jewellery shops and at shows is switching real diamonds for fake diamonds, using materials such as cubic zirconia.

In November 2000 police foiled a diamond heist at the Millennium Dome (now the O2 Arena). An armed gang used a digger to smash through the perimeter fence and gates and attempted to steal 12 diamonds on display, including the 203-carat De Beers Millennium Star – the world’s sixth largest diamond. But the police were lying in wait and had replaced the real gems with replicas following a tip-off.

“For insurers there is a substantial, and in many cases a massive, accumulation of value at exhibitions and shows, as jewellers from around the world come to display their goods and entice custom, ” says MacNaughton. “People are coming to look and feel the goods, so the risk is definitely enhanced by the fact that the goods are away from the traditional premises, even if they are and would have to be, professionally run and organised ‘show’ venues.”

“It’s up to the jewellers to be vigilant, but at the same time do everything they can to prevent losses, such as having trained staff on the booths , CCTV to deter potential ‘would-be criminals, ’ the use of safes and alarms, ” he continues.

“Jewellers attending trade shows should weigh goods before and after any transaction to make sure that a switch from an expensive diamond to a zircon or similar low value substitute has not taken place.”

As an important insurance market for the diamond industry, Lloyd’s has insured a number of famous gems in its history. This includes Damien Hirst’s diamond-encrusted skull and the Millennium Star.

“Damian Hirst’s skull For the Love of God was a highlight, ” says MacNaughton. “Because it was so visual, this was a piece that people really remember.”

With an economic recovery in the US and increasing buying in Asia, the value of diamonds is once again set to rise, according to analysts. Rising demand from new growth markets such as China at a time when older mines are producing fewer stones per tonne of rock is one of the factors leading to the rise.

“Diamonds come in all sorts of different sizes and categories and not everything goes up in value at the same time, but generally the market may be moving back up having suffered a correction in the pricing generally over the last four years post the economic downturn, ” acknowledges MacNaughton. “This has not stopped a number of diamond funds being created as an alternative to other more traditional investment vehicles.

“The emergence of diamond engagement and wedding rings in the Far East, certainly in some countries that did not previously celebrate in this way is something that has come along in the last decade or so, ” he adds. “We know the Far East generally has played its part in propping up the global economy and is now a huge buyer of stones and jewellery.

“The last decade has seen emerging markets such as China and India move into the manufacturing part of the precious stone industry with large factories in both countries opening up polishing factories. And a very large number of Western-based retail jewellers have now opened up a significant number of retail stores in this region, thereby completing the circle.”