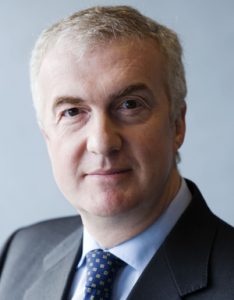 “We can’t prejudge, and we’re not directly involved, ”commented Tom Boardley, Marine Director at Lloyd’s Register and Chairman of the International Association of Classification Societies (IACS) today on the catastrophic break up of the containership MOL Comfort.

“This incident of great concern and we want to know the cause of this structural failure. Fortunately, no crew were lost. The causation will lie either in design, construction or operational factors – or a combination of these. If, as now looks possible, the hull sections can be recovered safely, it will help those investigating to rapidly understand the reasons behind this failure.”

Since news of this disaster broke, seagoing professionals in the maritime industry have been largely debating the procedures in place when loading containers on board vessels.

One of the most critically important factors that a ship captain must know before his ship leaves the harbor is the vessel’s stability characteristics. Whether the vessel is a containership, tanker, bulk carrier, project cargo vessel, it’s absolutely paramount that the cargo is stored in a such a way that the ship has adequate righting moment.

Not only that, but the cargo must be stored in a way that extreme shear stresses aren’t put on the vessel.

Although it’s very difficult to notice on board (if not impossible), a 1000-foot long ship made of steel flexes significantly from bow to stern depending on the sea conditions and the the cargo loading of the vessel. Even sitting at the dock it will bend and flex as cargo is loaded on board. Ships have literally cracked in half at the dock while loading cargo unevenly.

Loading tankers is relatively quite easy as the product densities and volumes are known, however container weights are obviously non-standard. Loading them properly takes a bit more calculation and attention to detail and could be a very important factor in the break up of the MOL Comfort.

Based on comments from the gCaptain audience however, a significant amount of doubt appears to hang over the checks and balances in place to ensure boxes are loaded correctly, and their associated weights are measured accurately.

Palle Laursen, Maersk Line’s Vice President of Operations notes in a phone conversation this morning that they have used the “Loadstar” container loading program for many years and that it’s “a good system, but one that is only as good as the data that is feeding it.”

Operationally, Mr. Laursen notes that Maersk Line has not changed any of their procedures at this point, however they are putting as much emphasis as possible on attention to detail with hull inspections. ”It’s important that we don’t jump to conclusions, ” notes Laursen, “however the industry must learn from this and take the right measures to prevent similar events from happening in the future.”