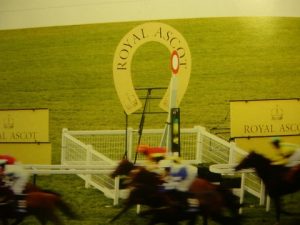 Wednesday –  19 Jun 2013 – The wealth on display at this year’s Royal Ascot reflects a recovering bloodstock market for the owners, but for insurers it is still a very challenging class of business. (source: Lloyd’s of London)

And while bloodstock values took a knock during the financial crisis, the value of race horses is now going back up.

“The values are going back in the right direction as, since the crisis, stallions have bred significantly less mares meaning fewer foals have been produced, ” says Markel bloodstock underwriter Juliet Redfern.

“In 2007 there were 18, 000 foals born in Ireland and Great Britain and by 2011 that had dropped to just over 12, 000 foals. Ultimately when those horses go to the sales there are less of them so it’s a simple case of less supply and more demand and the prices go back up again.”

Despite the increasing value of race horses, operating conditions in the bloodstock insurance market remain challenging.

“Four or five years ago bloodstock values fell very significantly, between 30% and 50%, and obviously that has an impact on the premium volume created because rates are charged on the value of the horse, ” explains Redfern. “At the same time we had an overcapacity situation and that created a very soft market.”

Horses are typically insured against mortality, with other hazards including illness, infertility and theft. As far as infertility is concerned, the stud potential of a successful racehorse can make a significant difference to its value. For example, the favourite to win the Queen Anne Stakes at this year’s Royal Ascot is Animal Kingdom, the US-trained horse who won the 2011 Kentucky Derby and this year’s Dubai World Cup. A win at Ascot will be the jewel in the crown for the stallion, which is retiring to stud after the season is over.

“A horse that would be expected to win at Ascot would be worth in excess of around half a million pounds, ” says David Ashby, bloodstock underwriter at Amlin. “A lot of those horses are valued on their potential earnings during their potential stud career so a stallion retiring to stud could easily be a £10m horse.”

“Performance is obviously important but a lot of its value is to do with the value of its parents, ” he continues. “A horse from a very successful sire line such as Galileo would be very popular when it goes to stud and could command a stud fee of £50, 000 to £70, 000 if it was very successful on the racecourse.

“Very few of the colts that run and win at Ascot will end up with a stud career – only a very few at the top of the pyramid will be able to do it – but the very real elite performers will have that opportunity.”

For example, Superhorse Frankel, a mare whose parents are Galileo and Kind, won five consecutive races in 2004, is thought to be worth hundreds of millions of pounds and boasts a £125, 000 stud fee.

Because there is so much riding on future stud fees for elite racehorses, infertility is a big issue. While infertility claims into the market are few and far between, they are often high-profile and fairly sizable losses, as only the high-value stallions tend to be insured against infertility.

Infertility and steroid use

For a long time there has been a strong association between the use of anabolic steroids and infertility. Many underwriters refuse to insure horses that have been given steroids for infertility or will only do so if strict terms and conditions apply.

The Sungate doping case has sent shockwaves through the industry. The BHA has issued seven charges against trainer Gerard Butler in connection with the case. Butler was charged after nine of his horses returned positive results when tested for steroids. The BHA is conducting a wider investigation into the use of the product Sungate in Newmarket.

None of the horses at Butler’s yard have run since the tests were conducted. In a separate case involving Mahmood al-Zarooni at the Moulton Paddocks stable in Newmarket the horses were banned from racing for six months.

Despite these cases, steroids are widely used throughout the industry. The product Sungate is designed to assist in the treatment and management of joint disease in horse. However, it contains stanozolol, an anabolic steroid that is prohibited under the Rules of Racing.

Ashby remembers some of the market’s big infertility claims, although the kidnap of Irish racehorse Shergar by the IRA 30 years ago is the one that stands out.

“The very first thing I did when I joined Lloyd’s was to be involved in the theft of Shergar, ” he explains. “The general feeling is that the horse became very difficult to handle whilst in the care of the IRA and they simply machine gunned it.”

“Over the years we’ve done lots of Derby and Group 1 winners, some of which were infertile – we were heavily involved when there was an outbreak of equine influenza in Australia and they closed all the state borders – we had to liaise directly with the state government to keep the industry alive, ” he remembers.

“There were outbreaks of disease in Kentucky where I sat in meetings and people thought the bloodstock industry was going to end, because it was going to be a financial crisis. It was all fine in the end of course.”

For Ashby, it is the potential aggregation of risks that keeps him awake at night. “On a typical group one race like the Derby or one of the big races at Ascot we might have more than $20m worth of exposure if all those horses were to collide in some horrible catastrophe, ” he explains.

Long-haul flights can also present various issues. “There are about 15 flights that carry the stallions out to Australia and New Zealand for the breeding season and we would have to monitor our aggregations on those flights, ” he says. “We will buy specific crash reinsurance because we could easily have £30m to £40m of exposure on one flight.”