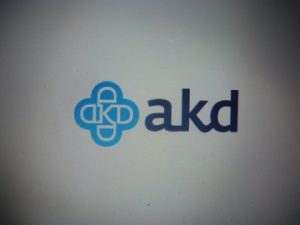 ROTTERDAM based law firm AKD says that creditors of ailing shipping groups such as STX Pan Ocean of South Korea, and TMT of Taiwan, could seek to take advantage of prevailing bankruptcy laws to enforce vessel arrests and other attachments in the Amsterdam-Rotterdam-Antwerp (ARA) region.

Haco van der Houven van Oordt, a partner with the shipping and offshore team at AKD in Rotterdam,  says, “The recent reports of bankruptcies and voluntary liquidation proceedings involving shipping companies have now reached levels which exceed any in recent memory. STX Pan Ocean, South Korea’s largest dry bulk operator, has reportedly obtained bankruptcy protection and is now seeking recognition of protection orders in various international jurisdictions after creditors moved to arrest a significant part of its fleet operating around the world.

“Creditors are looking to protect their assets and limit their losses in the most efficient way possible. And because shipping is such an international industry, those creditors are becoming increasingly keen to understand the legal approach to bankruptcy adopted in different parts of the world. For example, bankruptcy protection does not enjoy worldwide currency. It works in those countries – including the US and the UK – which adopt a universal approach to cross-border insolvencies. But there are a few exceptions to this rule.

In addition to its territorial approach to the law of bankruptcy, the Netherlands is widely recognised as a haven for those looking to attach ships and/or to arrange for their swift judicial auction. There are very few legal hurdles to pass in order to obtain leave for attachment. And it is not just ships calling at Rotterdam and Amsterdam which are subject to attachment in the Dutch courts. All ships proceeding to Antwerp and Ghent have to transit the River Scheldt, where they are also subject to Netherlands jurisdiction.

Haco van der Houven van Oordt concludes, “It would be surprising if we did not see creditors looking increasingly to the ARA region in the wake of the continuing fall-out from the bankruptcies of major shipping groups.”