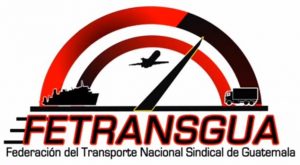 The federation was launched at the same time that the ITUC (International Trade Union Confederation) published Countries at risk: 2013 report on violations of trade union rights, which revealed that Guatemala is the world’s most dangerous country for trade unionists. The country has seen 53 union representatives killed since 1997 and numerous cases of threats, kidnapping and torture.

Working with its member unions and respecting their autonomy, FETRANSGUA aims to promote organising in the transport sector, in order to represent and defend the national labour, economic and human rights of Guatemalan transport workers.

ITF Americas regional assistant Arturo Ruiz Thramppe commented: “This is a new step for the ITF in the region, with the aim of organising more transport workers. The formation of the federation is a significant advance in our strategy to organise workers to strengthen and develop their organisations.

“Our brothers and sisters in Guatemala, together with the ITF, have demonstrated that despite Guatemala being considered the most dangerous country to develop trade union activity, it is possible to walk on the right path, which is to defend workers’ labour and human rights.”