Edward Snowden: Whose tipping was he…? – The Safety of Shipping’s info…

Edward Snowden: Whose tipping was he…?  –  The Safety of Shipping’s info… By John Faraclas

What a palaver, once again our western values are tainted by another* under-the-stairs bastard: Edward Snowden – John Major, the former British Prime Minister, was at least honest when he called those “bastards” who wanted to crucify him, remember…? …taking over from John Major, I do call both of them bastards as they don’t have the dignity to give themselves up and say: yes we did this because of…, and pay the damage. Hiding in Embassies, airports and all that, will one day stop, and must stop. I wonder if Ambassadors understand the true meaning of asylum! I can assure the readership, our thousands of viewers of a fair trial, based of course on the terms and conditions of their recruitment and appointments. Fair’s fair! If they are innocent, they will go scot free; if not, well, its their problem! 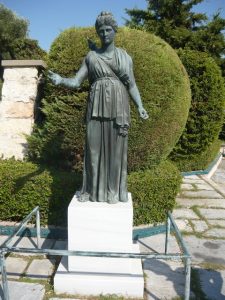 Now what are our fellow Americans after?  We had enough from all this nonsense particularly when we see some fellow Europeans and the EU demanding answers over US bug claims.

Was Snowden a polymath?  No! Polymaths are those who know a lot about a lot! He really knew nothing about the value of information, but unfortunately he was recruited and he made it a mess.  I wonder why the super power makes such mistakes putting in danger our western civilisation. You see with the win of the Greeks against the Persians in 480 B.C. and then onwards, the world is a different world and we don’t want to lose it now.

I am now coming to recruitment as we see it in shipping and same should be everywhere! This is the most important issue in our maritime world. Shipping is attainment of money and seafarers, conversely intelligence gathered for seafarers is of paramount importance before they sign the contract of engagement and join the vessel, and failing to meet these criteria set by various companies, means that the world trade will be in jeopardy!

Simply, in a Greek islanders world you will hear the phrase/maxim: “Silk underwear are only for capable bums.” Intelligence officers should be the upper crust of our society, the top echelon if I may say so, and the Greek maxim serves its purpose. Who are these Toms, Dicks and Harries….? Eh! Intelligence and trust is like honesty and infidelity; those who cross the line of faithfulness should and must pay the heaviest price! Betrayal is betrayal; Treason is treason and punishment should be harsh. Watch this space!

So hope lesson learned and the most capable ones should only be recruited for intelligence. Hasn’t anybody checked Snowden’s phrenology analysis before his was recruited?  Seeing his face, as well as that of Assange, you dead well know what I mean; what they hide!

Remind you that civilisation has put up fences that people can no longer leap across and must act with honesty if they wish to go further across… on the other hand no one can police the human mind, brain or whatever you call it!

P.S.1 The only thing one objects to is not being bugged; if he is acting lawfully, why be upset, having nothing to hide from anyone. What we all get upset with is when the intelligence passes on his business info to his competitors.  And in shipping, stakes are high as are ships values, as well as the value of cargoes, insurance etc., and bankruptcy can be tough!