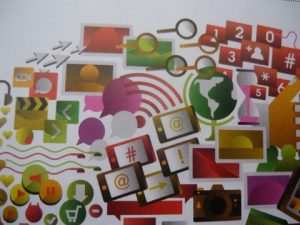 The (re)insurance industry is a large consumer of models and data, but finding a broad range of suppliers can be difficult. (source: Lloyd’s of London 28 June 2013)

Organised by the Financial Services Knowledge Transfer Network (FS KTN) and the Natural Research Environment Council (NERC), the Insurance Model & Data Exposé (IMDE) 2013 is the first UK event of its kind to offer a solution.

The IMDE will give insurers, reinsurers, government, research and academic stakeholders the opportunity to access over 34 exhibitors with models and data on a range of risks including natural catastrophes and political risks.

“We have assembled a range of suppliers from Europe and the US, who can add real value to (re)insurers from the Lloyd’s and the London market, ” says FS KTN director Dickie Whitaker.

In addition to the wide range of data providers present there will also be workshops on subjects ranging from use of satellite data – from companies such as NASA, ESA and ImageCat Ltd – to new data visualisation techniques from RMA/NTT Data Services and Virtalis/Geovisionary.

“We are moving from a world where all models and data come through limited sources, to one where diverse platforms and suppliers allow for the insurance industry to source data from a broad range of global suppliers, ” says Whitaker.

“Our industry is becoming more demanding of new and transparent models and data. We are seeing a large number of new companies spring up with fantastic new offerings in model supply and visualisation techniques, ” he continued.

“For that we need a shop window and we believe the IMDE 2013 is a first for meeting and seeing the offerings of these organisations in one place.”

MDE 2013 – Insurance Model & Data Expose 2013 – is an opportunity for insurers, reinsurers, government, research and academic stakeholders to access over 30 exhibitors of models and data in one place in the first UK event of it’s kind.

In collaboration with the Natural Research Environment Council (NERC), the event will be held on July 9th 2013 from 8:45am to 5:30pm at the Mermaid Conference Centre, Blackfriars London, and will showcase datasets of value to industry and bring valuable networking and potential commercial opportunities to data providers.

Including data on natural catastrophes, political risks, statistical information for the London Market, funding opportunities and more from organisations including:

IMDE 2013 is organised by the Financial Services Knowledge Transfer Network (FS KTN) and is supported by NERC, as part of its on-going programme to provide opportunities for knowledge and information sharing and networking in financial services. Join the FS KTN and our exhibitors at this exciting event – July 9th 2013 from 9:30am to 5:30pm.