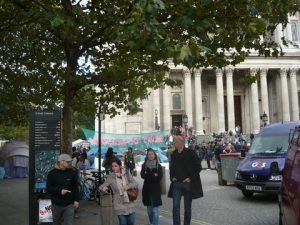 Like other volatile risks, such as hurricanes and earthquakes, potential terrorist threats are being modelled and quantified by a small number of specialist catastrophe modelling firms, brokers and insurers.

Modelling is very important for terrorism and political violence insurance because it helps control exposures, says Chris Parker, head of the Terrorism and Political Violence underwriting team at Lloyd’s insurer Beazley, which has developed its own in-house model.

Modelling also enables insurers to offer cover where they might otherwise not be able to. “It helps with the pricing of the risks we insure and also helps us to place an optimum level of reinsurance in a cost effective manner, while giving reinsurers peace of mind that we are able to control our book and not expose them to unacceptable levels of risk, ” he explains.

Providers of terrorism models are finding ways to improve their offerings in response to the changing political risk landscape and business trends.

Terrorism and political violence models, which were first developed commercially after the attacks on the US on 11 September 2001, according to catastrophe modelling company AIR, initially focused on large-scale urban Jihadi terrorism. But many of the larger claims in recent years have come from wider political violence, especially in emerging markets in Africa and Asia, explains Chris Holt of actuarial firm Towers Watson.

“There are now many more large international firms that are seeking growth in emerging markets, but with expansion come risks. Terrorism and political violence are not about to go away and will require insurers to understand the exposures if they are to continue offering capacity and meet increasing demand, ” he says.

The new model, called Sunstone, covers some 44 different attacks and 42 types of target around the world, including 702, 000 individual locations in the US alone. These include high explosive attacks, chemical, biological, radiological and nuclear (CBRN), and more unusual threats such as cyber or an electromagnetic pulse. It also covers kinetic attacks such as the failed plot by Islamic terrorists earlier this year to derail a train in Canada.

“We wanted to be forward-looking, ” says Holt. “There is little discussion about cyber terrorism or the potential for attacks on GPS systems, but we need to look beyond the type of incidents already prevalent now.”

Insurance broker Aon is also in the process of expanding its terrorism modelling capacity. The broker is currently developing additional capabilities in Europe, Latin America, North Africa and APAC, as well as the US.

Aon is also expanding its capabilities in modelling the threat stemming from political violence, having recently released the first Indonesian riot model.

“Riot modelling can provide important information for insurers who are seeking to develop their capacity in new and emerging markets but who are unsure of the stability of the country and, as a result, their insured assets, ” says Mark Lynch, a modelling analyst for terrorism and political violence at Aon’s Impact Forecasting unit.

Models like those provided by Towers Watson and Aon help underwriters understand the potential impact from individual attacks or the accumulation of risk on their portfolio. Sunstone even claims to be able to predict the likelihood of attacks.

“While it is not possible to predict when and where the next act of terrorism will be, it is possible to draw trend analysis from recent events to predict the frequency and severity of target and attack types, ” says Holt.

Models will also help insurers prepare for changes to the US federal terrorism back stop next year. The Terrorism Risk Insurance Act (TRIA) is due to expire in December 31, 2014, but there is currently some uncertainty around how, if at all, the legislation will be renewed.

“The US is a significant terrorism market, and the removal of TRIA would have a major impact, no doubt effecting the availability and price of terrorism insurance. We expect TRIA to be renewed in some form, but that retentions could increase significantly for insurers, ” says Holt.