HELLINHY on exploration and exploitation of hydrocarbons in Greece 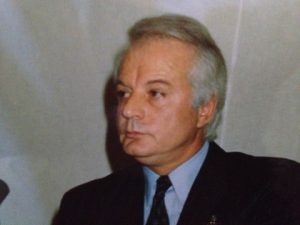 The Hellenic Institute of Hydrocarbons (HELLINHY) welcomes the nomination by the Ministry of Environment, Energy and Climate Change  of the contractors (through the “open door” method) for the two concession areas (Ipiros and Gulf of Patras), where initial exploration and exploitation of hydrocarbons will take place.

However, the selection of the contractor for the third concession area of Katakolo is still pending.

The final signing of the contracts by the Ministry and the (two or three) contractors, which is expected to take place shortly, constitutes the first decisive step towards the exploration and exploitation of hydrocarbons on the Greek territory in recent  years (the previous exploration activities were completed in 2001).

The terms of these contracts, which are still unknown, form an essential tool for  all development efforts and it is our belief that they have already been structured in a way that secures the State interests in the best possible way.

The distribution of the initial processed data obtained through the PGS seismic   survey in the Ionian Sea and the south part of Crete to the oil companies is also considered a positive step by HELLINHY.

However, it is pinpointed that in order for the above activities to be implemented with the utmost efficiency, the below actions need to be taken:

N.B.: The above announcement is signed on behalf of HELLINHY’s Board of Directors by the President Dr. Vassilios Karkoulias and the Secretary Leontios Portokalakis, MSc.

Greece: A midsummer’s… change might be on the cards…