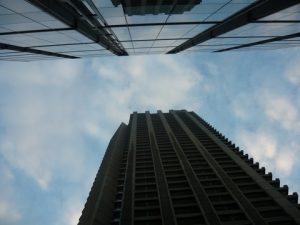 The past year has seen high profile companies facing public outcry against so called corporate tax avoidance schemes. It’s now a front page issue, but it’s not a new practice.

Global firms have traditionally sought ways to minimise their tax bill, but as the recession bites and many people face cuts in wages, benefits and living standards, public opinion has changed. As the government continues to make austerity cuts, the public are demanding that corporates pay their dues, and exposé after exposé has damaged the reputation of firms such as Google, Amazon and Starbucks.

The research also found that cyber security now sits squarely towards the top of the agenda for boards around the world with cyber risk moving from 12th to 3rd place in the index. Business leaders have woken up to the importance of cyber security following a series of high profile incidents since 2011.

Loss of customers has slipped to 2nd place, down from the number one risk two years ago as businesses struggle with the continued effects of economic turbulence.

In response to the findings, Lloyd’s CEO, Richard Ward, warns that focusing on near-term issues at the expense of longer-term strategic decision making can leave organisations over exposed to future business challenges.

Richard Ward said: “With business tax in the spotlight and rising up the political agenda, executives are understandably concerned. Yet the danger is that an emphasis on near-term, operational issues comes at the expense of significant, strategic decisions that have previously exercised business leaders.

“With the timetable for global economic recovery likely to be much longer than we hoped, a focus on long-term sustainability and effective risk management should be a priority for boards across the world.”

Programme launched for the 4th IMarEST condition based maintenance conference