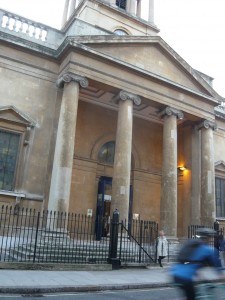 Braemar Adjusting continues its development and expansion with the recruitment of experienced and new young personnel to its London-based loss adjusting team.

Geoffrey Thomas, Braemar Adjusting Regional Managing Director, said: “We welcome Alan Tucker, Richard Collins and Patricia Castro to our team here in London. Following the recent opening of an office in Dubai, we have been exceptionally fortunate to have found and recruited three people with an excellent mix of experience and new talent to expand our loss adjusting operation in London.”

Alan Tucker holds a BSc. in Maritime Law/Insurance and Naval architecture and is currently part way through an MBA in Oil & Gas Management.  Alan rejoined Braemar in July 2013 after living and consulting in Brazil, having previously worked for Braemar Adjusting (formerly Steege Kingston) from 2000 to 2004 when he spent much of his time working on cases in Europe and West Africa. Alan has 10 years adjusting experience, mostly in the oil and gas sector, working on both onshore and offshore claims including most aspects of exploration, construction and production.  Alan is fluent in Portuguese.

Richard Collins joined Braemar Adjusting in July 2013 having graduated from Loughborough University with a MEng (hons) in Aeronautical Engineering.  Previously he has applied his degree studies working on aircraft design and operations for Airbus’ Future Projects department.  With knowledge of Advanced Systems Reliability, Risk Analysis and Turbomachinery, combined with a final thesis in Control Engineering, Richard has all the attributes and knowledge to rapidly progress in the loss adjusting profession.

Patricia Castro has a BSc in Chemical Engineering and over 8 years field experience in the energy industry.  She started her career working for an oilfield service company on well construction operations both onshore and offshore in South America, during which time she had the opportunity to manage cementing operations for the first deep well field offshore Venezuela.  In order to broaden her expertise Patricia then led a team in charge of well stimulation or “fracking” of gas fields in Northwestern USA.  Patricia has an MBA in Finance and joined Braemar Adjusting in August 2013 having previously worked for an investment bank where she traded a variety of commodities products including oil and gas derivatives.  Patricia is fluent in Spanish.