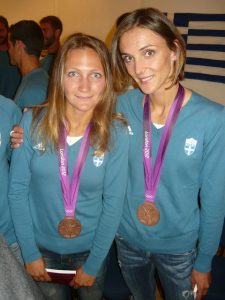 Alexandra Tsiavou won the gold medal in the women’s solo CW1x during the World Rowing Coastal Championship at Helsinborg in Sweden. It was the first time that the Greek  – London Olympic Medallist last year – took part in this short of rowing competitions so as to prepare herself for next year’s event in Thessaloniki Northern Greece. The Gountoulas brothers too won silver; Congrats to Apostolos and Nicholas (see below) for this new success.

We remind you that last year we had the chance to meet these athletes during the London Olympics and in particular at the event in London’s Hellenic Centre*! Keep  Rowing Greece.

We hope that it is a good chance for sponsor to come forward and support this cause, support these athletes as well as their colleagues, as with the financial crisis in Greece things look bleak! Let’s whole-heartily support them! 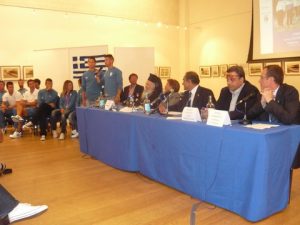 Men’s double sculls (CM2x)
As these boats tore away from the start, many people had their eyes on the Greek double. Twins Nikolaos and Apostlos Gkountoulas recently switched to coastal rowing after a successful flat-water rowing career that took them to two Olympic Games and earned the silver and bronze at the World Rowing Championships as part of their nation’s men’s four. As Greece will host the 2014 World Rowing Coastal Championships these young athletes wanted to gain some coastal experience for next year. They were in 5th place at the first buoy, but worked their way through the field to finish in second. Italy01 took an early lead on the rest of the field and managed to hold off the charging Greek twins. They took home the gold, with Italy05 finishing just behind in 3rd place.(source: world rowing)

The Markets: tricky days ahead…