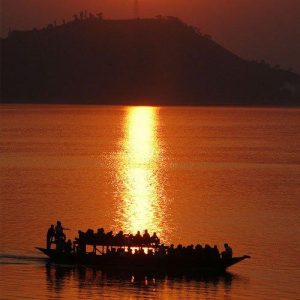 A master-plan to boost trade and improve highway and rail access to seaports is vital to bring new hope to the impoverished and strife-torn north-eastern region of India, a meeting in London has been told.

The call came during an impassioned panel and audience discussion at the Nehru Centre in London, on the problems of Assam, the largest of the northeast states, which have a total population of 40m.

Assam is a microcosm of multi-ethnic India and is the country’s main tribal area. There are 220 ethnic groups living in the northeast, which is narrowly connected to the rest of India by the narrow Siliguri Corridor between Bhutan and Bangladesh.

Famed for its extensive cultivation of tea, Assam adjoins the states of Arunachal Pradesh, Nagaland, Manipur, Mizoram, Tripura, Meghalaya, and West Bengal. In the past few days, parts of Assam, and Darjeeling in West Bengal have been hit by business shutdowns as activists step up their campaign for the creation of a separate state that would be known as Gorkhaland. 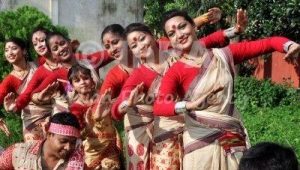 Vijay Mehta, who chairs an organisation named Uniting for Peace, in his address to the Nehru Centre gathering, stressed the urgency of improving trade and infrastructure. He said that the alienation felt by many in the northeast was partly a consequence of the region’s distance, both geographic and cultural, from the rest of the country.

“If the region remains ‘cut off’ from India, there is every possibility that it will erupt into ethnic warfare of a kind not seen in India before, ” warned Mr Mehta.

The difficulties faced by the northeast and its 40m people could be solved by concerted plans for developing industries and for improving the woeful infrastructure.

“We need a plan like the Marshall Plan to go into the north east, which is rich in natural resources, oil and gas, timber and limestone, ” he said. The central government and the northeast “have to work together to make progress.”

Under the Marshall Plan, the US funded massive aid and investment for Europe to rebuild economies and blunt the appeal of communism after World War II. 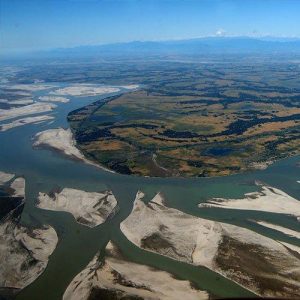 Majuli Island in the Brahmaputra River

He said that what was needed was to build a Seven Sisters Corridor on the template of the Delhi-Mumbai corridor. This would connect major cities and border points in the states, and provide high-speed road and tech connectivity, covering industrial regions, access to ports, financing for start-ups, railway links and security.

He advocated a free trade agreement with Thailand with which there were already cordial relations. Some 800, 000 Indians visit Thailand every year, most of them from the northeast. “This can easily be turned into a free trade zone for mutual benefit.”

The June meeting was organised by Friends of Assam and Seven Sisters (referring to Assam and its seven sister states) and in association with the Nehru Centre (the cultural wing of the Indian High Commission)  and the Tea Board of India, as a part of a “celebrate Assam” season. Warm thanks were extended to Rini Kakati, UK director of FASS, for her leading role in organising the meeting.

There were reminders from the panel that economic growth was not the same thing as development.

Humphrey Hawksley, a foreign correspondent for the BBC, said that since his first visit to Assam, “some things have changed, but a lot have not.” He spoke of rampant corruption, and “the development money that does not build a road or a hospital.” The state could become a very difficult flashpoint (“you have a lack of real authority, and infighting between tribes and smaller groups for the land”), but geographically it was well situated as a gateway to the economic powerhouse of India.

Underlining that the northeast is ethnically and linguistically a very diverse region, Smitana Saikia, who is studying for her PhD at King’s College, said that politics there was organised on one single axis: ethnicity. As a result of the demands of ethnicity there was erosion of the rule of law. The need was for development that is egalitarian and not neo-liberal.

She said that the conditions of the Assam Accord (which sought to deal with the flashpoint of illegal immigrants, who had borne the brunt of violent protests), were not implementable. The accord was signed in August 1985 between the government of the late Rajiv Gandhi and local leaders and was aimed at ending violence that had led to nearly 3, 000 deaths

“We have to move beyond that and empower civil society groups to take charge, ” said Ms Saikia. 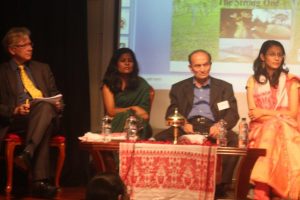 Members of the audience were concerned about border issues continuing: many more people died last year in clashes. The Armed Forces Special Powers Act, the same draconian military law that New Delhi enforces in Kashmir, is in effect in the north-eastern states too. “It is a problem which is endangering the whole country, ” said one of those present. Despite the unrest, it is said to be safe for foreigners to visit Assam.

Kongkona Sarma, a London-based international development consultant, said: “You cannot always expect the centre [New Delhi] to give you things. It has to come from both sides.  Assam is a very fertile land.”

She said: “It is sad our generation has to keep talking about the same issues. You cannot talk of India becoming a global super-power when you have parts of the people feeling alienated.”

The chairman of the meeting, Rita Payne of the UK branch of the Commonwealth Journalists Association spoke of the importance for future investment of the diaspora, which “has huge potential.”

Assam Chief Minister Tarun Gogoi recently visited Britain and the US. In Washington he lobbied for more companies from the US and elsewhere to co-operate with Indian companies to explore for oil and gas.

An event at the Nehru Centre on September 6 2013 will celebrate the life and works of Dr Bhupen Hazarika, who is described by the organisers as “a maestro, a living legend and a national and international cultural icon, who represents and reflects with perfection, the socio-cultural political image of our great country India.” Known as the bard of Brahmaputra, he died in November 2011 at the age of 85. His songs of communal amity, universal justice and empathy achieved wide popularity in India and abroad, and he introduced the folk music of Assam and northeast India into the Hindi film industry.

The Friends of Assam and Seven Sisters website is http://fass.infoedindia.com/