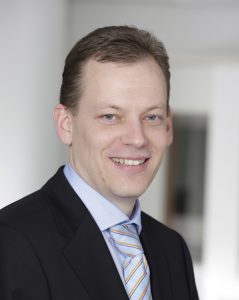 Wärtsilä Corporation, Company announcement, 29 August 2013 at 1.00 pm EET – Mr Roger Holm (41), M.Sc. (Econ.), has been appointed Senior Vice President, 4-stroke, and member of the Ship Power management team as of 1 September 2013. In this position, he is responsible for Wärtsilä’s 4-stroke activities globally.

Mr Holm joined Wärtsilä in 1997 and has held several managerial positions, most recently leading the Seals & Bearings organisation within Wärtsilä Services. Before that he has had the positions of Vice President, Solutions Management and Vice President, Business Development, also within Services, and has worked as CIO for Wärtsilä Corporation.

In connection to this appointment,  Wärtsilä PowerTech and the Ship Power 4-stroke organisation will be combined into one entity. The reorganisation is a continuation to the changes implemented in 2012. It aims to further strengthen the competitiveness and to serve customers more effectively with increased flexibility, faster decision making and optimal utilisation of resources. The new set-up will become effective as of 1 January 2014. As announced in June, the current head of PowerTech, Mr Lars Hellberg, will pursue his career outside of Wärtsilä. He will support the change management until the end of September.

Mr Holm will report to Mr Jaakko Eskola, Senior Executive Vice President at Wärtsilä Corporation & President of Ship Power.
Wärtsilä in brief
Wärtsilä is a global leader in complete lifecycle power solutions for the marine and energy markets. By emphasising technological innovation and total efficiency, Wärtsilä maximises the environmental and economic performance of the vessels and power plants of its customers. In 2012, Wärtsilä’s net sales totalled EUR 4.7 billion with approximately 18, 900 employees. The company has operations in nearly 170 locations in 70 countries around the world. Wärtsilä is listed on the NASDAQ OMX Helsinki, Finland.
www.wartsila.com

The Board of Oslo Børs imposes violation charges on IGE Resources