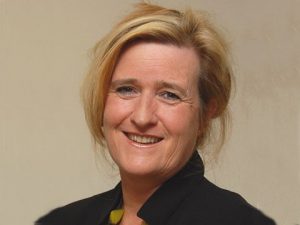 A new Diploma in World Customs Compliance and Regulation – the first of its kind in the UK – has been launched by the Institute of Export, in consultation with some of the world’s leading companies, including Nissan.

The formal qualification, launching in mid-September, will demystify the complexities of international compliance and customs procedures, and equip students with the knowledge to trade competently and profitably in the UK, Europe and across the world.

Being profitable when trading internationally involves a raft of complicated rules affecting both large and small businesses alike; a lack of knowledge – leading to errors – can be costly.

Lesley Batchelor, the Director General of the Institute of Export said: “We know of a university being billed for £125k for not completing a simplified Inward Processing Relief (IPR) Bill of Discharge when goods were re-exported.

“In another instance a company incurred a debt of half a million pounds after using a duty relief scheme for imports by charities, without fulfilling the conditions of the customs procedure.

“Other examples have seen an airline industry supplier import goods under their end use approval – but because the goods were imported to incorrect tariff codes and did not qualify for end use, they received a retrospective demand for £60k. A chemical company also incurred a cost of £220k because they did not have approval for removing waste materials which were left after goods had been imported under IPR.

“By undertaking our Diploma, businesses will receive a comprehensive and in-depth range of topics and knowledge in customs procedures and documentation covering the UK and European Union – and Worldwide. The Diploma also includes project based assessments to demonstrate our students’ ability to apply the knowledge they have learnt.”

The idea for the Diploma stemmed from a meeting between Lesley Batchelor and Steven Sandell, of the Nissan Group, to discuss a training need that Steven had identified.

He explained: “I looked everywhere to find a relevant qualification that would help our staff to understand all the implications of customs. I had a very clear view of what we wanted and was surprised that it wasn’t available anywhere in the UK. There is a lot of good training throughout the UK & Europe – courses which cover many of the rules, processes, procedures & legislation with regards to Customs/Import/Export – however, it was all-encompassing, formal qualification was lacking in the UK.”

The IOE’s own research highlighted some significant issues that the new Diploma will address. These include:

The Diploma is a modular course designed to offer a programme of flexible learning that students can take up to four year to complete if they wish. Most will take between 15 and 18 months to gain their qualification.

The Diploma enrolment fee is £1, 250.00, plus an annual charge of £60 for student membership. This will be in addition to assessment fees of £130 per module – although these are only due as and when students take the assessments. There is also an option to take specific modules individually priced at £500 per module (subject to membership and assessment fees). For more information about the Diploma, contact education@export.org.uk.

About the Institute Of Export

The Institute of Export (IOE) was established in 1935 and is incorporated as a registered charity under the patronage of HRH The Duke of Kent. The institute’s mission is to enhance the export performance of the United Kingdom by setting and raising professional standards in international trade management and export practice. This is achieved principally by the provision of education and training programmes.

Dedicated to professionalism and recognising the challenging and often complex trading conditions in international markets, the institute is committed to the belief that real competitive advantage lies in competence and that commercial power, especially negotiating power, is underpinned by a sound basis of knowledge.

The IOE is the only professional body in the UK offering recognised, formal qualifications in International Trade. As an awarding body with the QCF the IOE is registered to make and grant qualifications. This includes modern apprenticeships, foundation degrees and all six levels of the National Vocational Qualifications (NVQs).

Visit http://www.export.org.uk/ for more information on the Institute.

Greek and other geostrategic interests in Syria