Uncertainties in laytime definitions currently used in charter parties have been addressed in the latest Laytime Definitions of Charter Parties 2013. Created by a shipping industry working group consisting of BIMCO, the Baltic Exchange, Comitė Maritime International (CMI) and the Federation of National Associations of Shipbrokers and Agents (FONASBA), the new document sets out statements of meaning of words and phrases commonly used in the context of laytime and reflects contemporary market understanding based on the current state of English law.

Separate meanings have been given to the different formulations of phrases such as “Weather Working” day, new definitions included covering “Always Accessible” and “Whether in Port or Not” while a number of other provisions have been updated or clarified.

The move is a significant one as it reinstates the original 1980 concept of definitions and reflects developments in case law and changes in commercial practice. 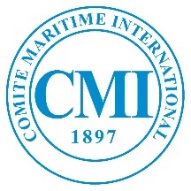 The definitions were last updated as the Voyage Charter Party Laytime Interpretation Rules (Voylayrules) in 1993.

Copies of the Laytime Definitions of Charter Parties 2013 together with explanatory notes are freely available from the chartering section of www.bimco.org.

Chairman of the Working Group, Jean-Pierre Laffaye (BIMCO) said: “These provisions bring much needed clarity to the shipping markets and iron out a good deal of uncertainty. In a tough market, the amount of time a vessel spends unloading or loading cargo is under great scrutiny and it is therefore vital that imprecise laytime definitions and subtleties of interpretation do not provide grounds for expensive legal disputes when an interpretation is tested in the courts.”

Similar sentiments were echoed by Mrs Marygrace Collins (FONASBA) and Baltic Exchange director Colm Nolan. On behalf of CMI, Stig Gregersen commented that the new Definitions represented an important step forward in helping to remove some of the legal uncertainty associated with this area of the law. 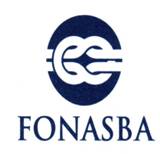 The Baltic Exchange will be incorporating the new definitions into its code of conduct, the Baltic Code and definitions are now available for incorporation into charter parties or used as an agreed reference during dispute resolution. They can also be used as an educational resource.

BIMCO is a shipping association providing a wide range of services to its global membership of stakeholders who have vested interests in the shipping industry, including shipowners, operators, managers, brokers and agents.

The association’s main objective is to facilitate the commercial operations of its membership by means of developing standard contracts and clauses, and providing quality information, advice, and education.

BIMCO promotes fair business practices, free trade and open access to markets and is a strong advocate for the harmonisation and standardisation of all shipping related activity. 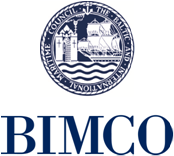 About: The Baltic Exchange

Baltic Exchange members are responsible for a large proportion of all dry cargo and tanker fixtures as well as the sale and purchase of merchant vessels. www.balticexchange.com

CMI, Comité Maritime International, is a non-governmental, non-profit organisation which was established in Antwerp in 1897. Its objective is to contribute by all appropriate means and activities to the unification of maritime law in all its aspects. Membership comprises national maritime law associations in some 50 countries which in turn are made up of 11, 000 members, mostly lawyers.

The CMI attempts to bring the synergy of maritime law and industry to the treaty-making table. It has produced the initial drafts of most of the existing private maritime law conventions, continues its direct responsibility for the York-Antwerp Rules and produces guidelines and model laws as part of its work in promoting the unification of maritime law. 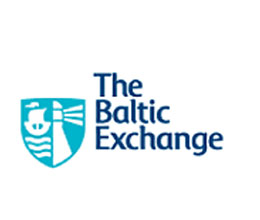 FONASBA is the only organisation representing the global ship agency and ship broking professions. Established in 1969 it now has members in 50 countries, including all major maritime and trading nations. Its remit is to “promote and protect the professions of ship agency and ship broking worldwide”, a task which it undertakes through dialogue with its member associations and its consultative status with IMO, UNCTAD, UNCITRAL and the World Customs Organisation, as well with the European Commission and other regional bodies. FONASBA also enjoys reciprocal memberships with the Baltic Exchange, BIMCO, INTERTANKO, indemnity insurer ITIC and the Shipbrokers’
Register and works closely with all other maritime sector bodies, both internationally and in Europe.