New Cabins Onboard “Navigator of the Seas” 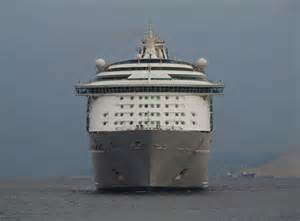 ALMACO was awarded the contract to build 81 new cabins onboard Navigator of the Seas during the ship’s upcoming drydock in the beginning of 2014. ALMACO’s delivery will be full turnkey for the cabin areas including design, interior, insulation, electrical works and piping.

The ship will be drydocked at Grand Bahama Shipyard in Freeport for four weeks during January 2014. “We are thrilled to join Royal Caribbean International in this exciting project” comments ALMACO’s Vice President of Sales and Marketing, Ana Albert. “Increasing capacity on existing fleet is an important industry trend for which ALMACO Group is well suited. With over 1, 000 new cabins and wet units added to existing ships during the past 15 years, ALMACO is fully capable of delivering these short-timeframe projects due to the high level of planning  that goes into prefabricating as well as our expert engineering and project management teams” she adds.

During the drydock, a total of 81 new cabins will be added to decks 2, 3 and 12. The current Boardroom on deck 2 will be converted into 4 new cabins. The Photo Gallery, Pizza Dining and Night Club areas on deck 3 will be modified to accommodate 39 new cabins. Finally, the remaining 38 new cabins will be added to deck 12. As part of the project, the shipyard will deliver the new aluminIum housing for deck 12,  which ALMACO will pre-outfit prior to lifting the blocks onboard. Extensive work in prefabricating the modular cabins will be done before the drydock, which will allow ALMACO to complete the new cabins areas within the designated short time frame.

Actively protecting our seas and beaches