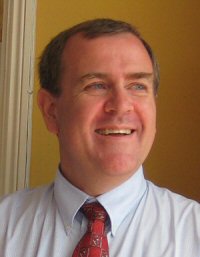 US Boatbuilder Positions for Growth

Anaheim, Calif., – Sept. 23, 2013 – (Marine NewsWire) Willard Marine, a 56-year-old builder of composite and aluminum high-performance boats, has announced the appointment of Richard Bryson as director of engineering and Smokey Glover as director of East Coast operations.

Bryson has over 20 years of experience with major boatbuilding companies, including Derecktor Shipyards, Christensen Shipyards and Brunswick. At Brunswick’s US Marine division he worked as director of engineering, overseeing more than 50 engineers and leading the development of multiple new boats between 16 to 54 ft. in length. Most recently he spent four years in the wind industry working as a senior program manager at Clipper Windpower.

Glover comes to Willard Marine from the Naval Surface Warfare Center, Combatant Craft Division (NSWC-CCD), where he oversaw development and implementation of mechanical modifications, upgrades and alterations on U.S. Navy small craft. His experience at NSWC-CCD included conceiving and prototyping new designs and arrangements of craft components and configurations, and serving as technical point of contact to contractors performing repairs or modifications to U.S. Navy craft. He also worked as a shipbuilding specialist at SUPSHIP Portsmouth and yard operations manager for Bluewater Yacht Sales.

“The addition of Richard Bryson and Smokey Glover to our management team is a key element in our strategy for growing the company, ” said Ulrich Gottschling, president of Willard Marine. “Their impressive background in engineering and technical support within the small boat community brings a wealth of experience that will help propel our company’s growth.”

Gottschling added that Willard Marine is reinvigorating the East Coast facility in Virginia Beach, Va., as a full-service center for repairs and new boat production. “The convenient mid-Atlantic location provides shorter delivery distances and faster repair times for East Coast military and commercial customers, ” he said. “The 12, 800 sq. ft. plant can build and repair fiberglass and aluminum boats from 16 to 36 ft. in length.”

SPNL’s* summer AGM and drinks reception at the Oyster Shed