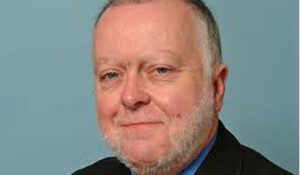 The global trade association for shipowners, the International Chamber of Shipping (ICS), has submitted detailed comments to the International Accounting Standards Board (IASB) on its controversial proposals to overhaul international accounting rules for leases, which could have an impact on contracts used in international shipping, including those governing operational arrangements.

Following intensive discussion amongst its member national shipowners’ associations during the last few weeks, the ICS comments represent the consensus view of the world’s shipowners.

ICS Secretary General, Peter Hinchliffe remarked: “ICS has again tried to explain to IASB that the use of a variety of shipping contracts,  including time and voyage charters, reflects the long-establishedmodus operandi of the shipping industry.   These arrangements are transportation service contracts.  They are not an attempt to disguise the use of financial leases, or the ‘Enron’ scale abuses which the new IASB standards are intended to prevent.

He added: “Shipowners have no problem with being transparent about such arrangements which can be dealt with through notes in company accounts, but they should not be treated as balance sheet liabilities.”

“The majority of our members still have concerns about the latest IASB proposals, which, if ever implemented, could even result with some companies becoming in technical breech of existing covenants with financial institutions, ” Mr Hinchliffe said.

In its latest comments, ICS objects to the IASB proposals in principle and highlights their complexity and the difficulties that many shipping companies would face in complying with them.  ICS seriously questions the benefits to third parties’ understanding of the financial position of shipping companies relative to the cost and complexity involved with implementing the proposals.  ICS therefore requests that the IASB drops its proposals and instead, if felt necessary, make improvements to the classification of leases in existing IASB standards.