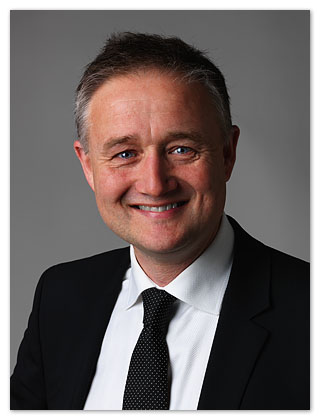 Controversy over operations on the Northern Sea Route is heating up – with a tanker involved in an Arctic casualty a few days ago, and Greenpeace activists accused by Russian authorities of piracy for trying to board an oil rig.

The developments came within days of a timely session on Arctic shipping, at the London conference of the International Union of Marine Insurance.

Speakers at the event welcomed the decision by IUMI to back efforts to agree a declaration of best practice for marine and energy operations in the ‘globally warmed’ Arctic,  with the aim of avoiding calamities resulting from operations lacking prudent planning.

A group of marine and energy experts drew up the voluntary set of standards – which would form binding legal conditions only when incorporated into private contracts. The move was a response to nations with territory in the region failing to agree on a single legislative standard. 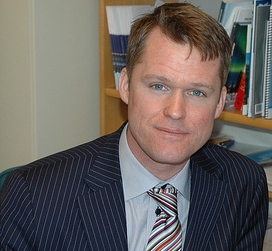 “I am delighted to see that IUMI supports the declaration.  I think that this is very important, ” said Gustaf Lind, senior Arctic ambassador for the Swedish government. Mr Lind has served as Sweden’s Arctic ambassador since 2010 and was chairman of the Arctic Council for two years until recently handing over the position to Canada.

Mr Lind said that the Arctic ice cap last year was at a record low.  In 30 to 40 years’ time there would be no ice in the summer. He said that as he was speaking, a Chinese containership was moving through the Northern Sea Route to Rotterdam. (The voyage by the Yong Sheng took two weeks less than the 45 days it usually takes from China to Europe using the conventional routes via the Suez Canal and Malacca Strait. Some reports suggest that Chinese shipping wants to develop use of the Arctic route, with the assistance of Russian icebreakers, between July and November).

Japan and South Korea are among others interested. Logistics company Hyundai Glovis has chartered a 65, 000 dwt product tanker from Stena, to sail from the Russian Baltic port of Ust-Luga with 37, 000 tons of naphtha bound for Gwangyang, South Korea, with arrival due in mid October 2013.

The IUMI conference heard reference to a casualty just a couple of weeks before, when the 6, 403 dwt tanker Nordvik, loaded with diesel fuel, struck an ice floe, was holed in a ballast tank and started taking in water while sailing north of the remote Taimyr Peninsula. There was no immediate information on whether there was pollution.

The Seafarer’s Union of Russia and the federal authorities said that the 1985-built tanker was incapable of withstanding so-called medium  ice conditions, and should never have sailed in the area, and the unionblamed the shipowner, Khatanga Commercial Port, for putting the crew and the fragile Arctic ecology in danger.  As an Ice 1 class (L4) tanker, the ship was permitted to sail only in light ice conditions.

Later in the month,  Russia detained some 30 Greenpeace International activists, and prosecutors accused them of piracy in trying to board an offshore platform – the first in the Arctic – operated by Gazprom. The group was protesting against drilling in the region. The Greenpeace ship, the Arctic Sunrise, was to be towed to the port of Murmansk.

Åke Rohlén, president of Arctic Marine Solutions AB, told IUMI delegates that much of the fleet for the polar route was “not suitable, not available, not on order.” Significant investments in new technologies and infrastructure would require stable legal and regulatory conditions.

Mr Rohlén said that the chain of responsibility for sailing in northern waters was unclear. “Who is to say no? Is it the shipowner? Is it the insurer?” A voluntary code of conduct might be the answer. Using the IMO Polar Code and other suitable rules would be a start.

Michael Kingston, a partner in law firm DWF Fishburns, said that the Arctic declaration would be re-circulated for final consultation with industry. He thanked Neil Roberts of Lloyd’s Market Association and Helle Hammer of Nordic insurance association Cefor for raising the issue through the IUMI political forum, and welcomed the support for this of IUMI president Ole Wikborg and secretary-general Lars Lange. Mr Kingston said that after addressing a conference in Australia he had been told that the authorities there would be interested to see a similar initiative with regard to a potential Antarctic declaration of best practice.