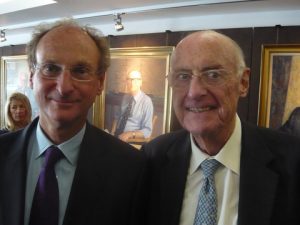 Huge costs of major casualties and their causes, reinsurance costs and their allocation, the shipping recession, insurance pricing, and regulation – these are some of the main challenges facing the P&I clubs. Alistair Groom, chief executive of Charles Taylor & Co, made it clear to a meeting of the International Maritime Industries Forum that the system is in good shape to confront them.

Addressing the gathering on September 18 2013 at the London office of Charles Taylor, which manages the Standard Club, Mr Groom said that the P&I mutual model “has clearly stood the test of time.”

He cautioned: “The basic model seems to have worked, but it is really important that we are not complacent.  We need to strive to provide best value, not just give the same old stuff.  The same old stuff may be good, but it may not be enough.” 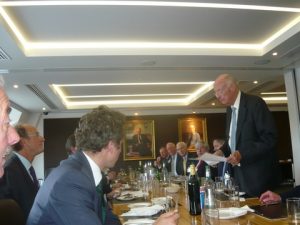 Dismissing as “rubbish” the long-running allegation that the International Group of P&I Clubs was a cartel, Mr Groom insisted that the system gave shipowners a real choice between clubs. “Of course we have a [reinsurance] pricing agreement, but there is an incredible amount of competition. Tonnage moves for competitive reasons. We only price ourselves to break even as a non-profit making organisation.”

Questioned about what a participant in the meeting called “a tremendous dichotomy between the very small and the ‘mega-big’ clubs, ” Mr Groom replied: “The smaller clubs survive because their members want them to survive.

“Every club has its very strong, loyal following, and they like the style they get from that club, so even the small club has a place in the industry. The International Group and the pooling agreement give smaller clubs a platform to survive. It means that shipowners have a choice of 13 clubs to go to.”

With the engineering needed to raise the Costa Concordia having cost some $700m, and the break-up of the containership Rena off New Zealand calling for a $250m wreck removal, casualties could be very costly.

Standard Club was the lead P&I insurer of the Costa Concordia, although its financial obligation was relatively modest because of reinsurance. Standard was heavily involved in the engineering contract recommendations, and in response to a questioner later in the discussion he continued: “We had bids from six contractors. Protecting the environment and avoiding environmental damage was high on the list of priorities.

“Cost was an element, but it was only one of the factors we had to take into account. There was a debate as to whether the ship should be cut up on site. It is more complicated than saying that ‘one was cheap and one was expensive.’ There was a strong view that removing her in one piece was going to be less damaging to the environment than chopping her up on site 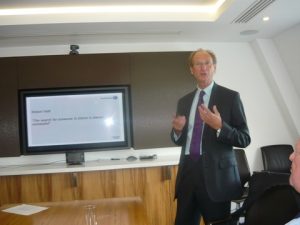 A very emphatic Alistair Groom replying to a question

“We are pretty sure that in the same circumstances tomorrow, we would not do anything different.”

The Standard chief said that more than 70% of claims touching the reinsurance layer beyond the International Group pooling agreement had a background of navigational error. Bridge team management was a continuing issue. The shipowners were worried about recruitment and retention and they “operate in a very tough market; to survive they have to get their costs down and cannot afford to pay more than they have to for their crew and for their officers.”

Pricing of P&I cover had to consider that shipowners’ budgets were tight. “We are operating in a very competitive market, ” he said.

Mr Groom acknowledged that allocating reinsurance costs between ship types in the premium structure presented a quandary when major casualties were insufficiently numerous to yield a statistical base. “Demonstrating that we have approached it fairly is one of our challenges.  I think that we have done it reasonably well, but it is definitely a hot topic.”

In a confirmation that shipowners – apart from those in specialist areas –were struggling in the worst market for a generation, Mr Groom said: “We have seen a huge increase in our defence (legal) costs over the last five years, with many people trying to cancel or to enforce contracts.”

On a further thorny issue, Mr Groom said that when regulation was considered, it was clearly important to have a fair and orderly market.

IMIF chairman Jim Davis described Mr Groom’s exposition as “brilliant, ” adding: “We have all, I think without exception, learned a great deal.”

Mr Groom, who has been with the Charles Taylor group since 1977, is to retire from his current duties early in 2014, while continuing his close association with the business, and Mr Davis conveyed the good wishes of those present for his future plans.