Environmental Education at the fore in the city of Thiva 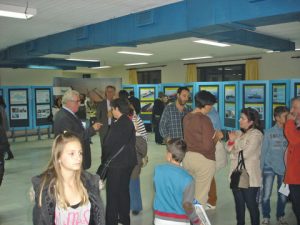 HELMEPA’sMarine Environment and Sciences Awareness Campaign began in the city of Thiva on a positive note. The Campaign is being implemented across 12 Greek cities with the support of Lloyd’s Register Foundation* (LRF) and the activities of the Campaign in the City of Thiva have been placed under the auspices of the Municipality. 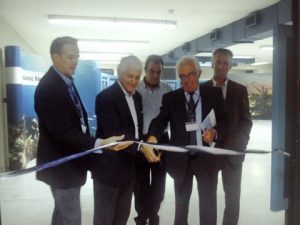 Representatives from the Local Authorities and other regional stakeholders, as well as teachers, students and environmentally motivated members of the public, all attended the Workshop.

The Mayor of the city of Thiva, Mr. S. Nicolaou, in opening the Workshop mentioned the environmental problems faced by the wider region and thanked HELMEPA for bringing its Campaign to his city.

A short address by the Central Greece Regional Director, Mr. G. Psychogios, followed. He highlighted the significance of initiatives such as these that target the updating on and heightening of awareness about environmental issues, especially in the current difficult times being experienced by our country.

The support from industry of the efforts towards nurturing an environmental consciousness among not only children but the wider community was emphasised by President of Administration and Management Thisvi Biotia Industrial Areas S.A. (DIA.VI.PE.THI.V S.A.), Mr. N. Koudounis, in his address. DIA.VI.PE.THI.V. S.A. is a HELMEPA Associate Corporate Member that has lent its backing to the Campaign’s visit to the city of Thiva, since the outset.

Welcoming all participants on HELMEPA’s behalf, the Environmental Awareness Sector’s Mr. C. Triantafillou reported briefly on the related activities of the Association and thanked all the local stakeholders for their cooperation. He then continued to present the most recent data on marine litter in both Greece and the Mediterranean. 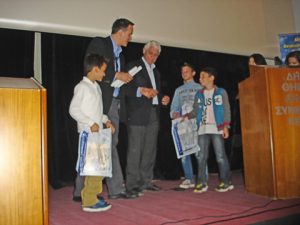 The Environmental Director of the Municipality of the city of Thiva, Mr. A. Merkouris, spoke about the City’s environmental protection best practices, while Dr. N. Streftaris from the Hellenic Centre for Marine Research in turn presented the PERSEUS research program to Workshop participants, focusing on measures addressing the educational community and society in general.

HELMEPA’s Environmental Awareness Sector’s M. Ktistaki presented on the Association’s “HELMEPA Junior” Program which this year completes 20 years of operation, while School Activities’ Coordinator of the Boetia Primary Education Directorate, Μs. A. Papakosta, spoke about the difficulties encountered by teachers in the administering of environmental programs and proposed means of overcoming these hurdles.

The Workshop came to a close with an awards ceremony during which HELMEPA presented volunteer-teachers and children-members of the “HELMEPA Junior” Program from Kindergartens and Primary Schools throughout Boetia with commemorative certificates of participation. The Mayor of the City of Thiva, together with the DIA.VI.PE.THI.V. S.A. President, then went on to officially inaugurate the Exhibition for the Marine Environment, Shipping and Sciences

HELMEPA’s environmental exhibition will be hosted at the Municipality of the City of Thiva’s Conference Centre until Wednesday, 23rd October. During this period, in collaboration with the Boetia Directorates of Primary and Secondary Education, an estimated 1, 300 students from primary and high schools around the broader Thiva region will visit the exhibit, with costs covered by the program.