Do we have a deal? Contract formation in oil trading*

The recent High Court decision in Proton Energy Group  SA v Orlen Lietuva [2013] EWHC 2872 (Comm) considers  a number of issues surrounding contract formation in  the oil trade. The dispute centred upon negotiations  between the sellers, Proton, a Swiss-based oil trading company and buyers, Orlen, the owners of a refinery  in Lithuania. In particular the parties disagreed as to  whether those negotiations gave rise to a contract, if it  did what the terms were and, if it was broken, what if  any damages should be paid.

The facts
In June 2012 an initial ‘indicative  offer’ from the sellers to the buyers  had been followed on 14 June by  an email that set out the terms of  what it described as a ‘firm offer’  to sell 25, 000 mt +/- 10 per cent  of ‘Crude Oil Mix CN27090090’ on  CIF terms. The offer described the  cargo as being of European origin  and attached specifications. It also  indicated a delivery period of 10-15  July at the terminal in Lithuania and price based on five quotations after the bill of lading date. Other terms included “UK law; London Courts” and  “All other terms and conditions as per
standard CIF contract”. “This offer is valid till 14.06.2012 COB and we would  appreciate your  reply in respect of  this timing”.

Further email exchanges that day culminated in a message from the sellers which concluded: “Contractual price is fixed as per the confirmed offer.
All other contractual terms not indicated into the offer shall be discussed and mutually agreed between parties upon contract negotiations.” The buyers responded by email with the simple
message “Confirmed”.

On 20 June the sellers submitted  a detailed written contract to the  buyers which resulted in yet further exchanges and an amended written contract sent on 27 June. One area of disagreement that remained unresolved concerned the documents  that the sellers would be required to
submit in order to obtain payment  under the proposed letter of credit.
Relations between the parties began to deteriorate at about this time with  the result that the buyers did not open a letter of credit as required in the contract and, on 29 June, they sent a letter to the sellers terminating the negotiations. On 2 July the sellers notified the buyers that they were accepting their failure to open a letter of credit or to take delivery of the
cargo as repudiatory breaches of the contract. 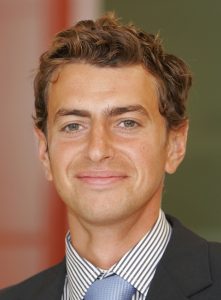 Was a contract entered into?

The sellers commenced proceedings seeking damages from the buyers for breach of contract. Following an unsuccessful attempt by the sellers to obtain summary judgment, the matter proceeded to trial in the High Court before Judge Mackie QC. Having the relevant authorities, and in particular the recent decision of the Supreme Court in RTS Flexible Systems Ltd. v Molkerei Alois Müller GmbH & Co. [2010] 1 WLR 753, the key legal issue was summarised by the Judge as follows: “Did the parties agree on all the terms that they objectively regarded as essential for the formation of legally binding relations between them on the date when a contract is claimed to have come into existence?”

For the purpose of applying this test the parties agreed that the relevant date was 14 June, this being the date that the “Confirmed” message was sent by the buyers to the sellers.
Both parties relied on expert evidence regarding usual practice relating to formation of contracts in the oil trade. The buyers’ expert argued that a recap is not considered binding by participants in the oil trading industry when a transaction for the sale and delivery of crude oil mix to a refinery is viewed as a “once-off” event: i.e. as a single transaction (as here) and not part of a prior course of dealing between the parties.

The sellers’ expert disagreed and suggested that different rules did not apply in different parts of the industry and that simply confirming a recap, as the buyers had done on 14 June, was explicit recognition that a contract in the terms set out in that recap had been concluded.
Ultimately the Judge took the view that the expert evidence was of limited value. Although he broadly agreed with the sellers’ expert that the word recap was often used in practice to confirm a contract, for the purpose of reaching his decision no relevant conclusions could be drawn from this given that each case turned on its own facts.

The Judge went on to review the factual evidence and found that this indicated that both parties saw themselves as committed to the contract following the exchanges on 14 June even though they both accepted that further details needed to be agreed later. As he put it:

“This was a classic spot deal where the speed of the market requires that the parties agree the main terms and leave the details, some of which may be important, to be discussed and agreed later. Lay business people from different jurisdictions will not always conduct all aspects of their dealings to fit the conventions of English contract law and [the buyers], with whose reasons for cancelling I sympathise, have some points in their favour. But overall the picture is clear. The language is that of commitment.”

On the basis that a contract existed between the parties, the Judge proceeded to review the consequential issues that flowed from this finding and in particular, the assessment of damages.

Damages
The buyers argued that even if there was a contract and breach, the sellers were not entitled to damages given that the cargo could have been rejected by them in any event on the basis that it was materially different from its description in the contract. The testing carried out on the
cargo loaded by the sellers (even though not ultimately delivered to the buyers) indicated that it was appreciably different from the specification provided by the sellers and would have resulted in a significant reduction in the profit that the buyers could have achieved following refining.
Although the Judge acknowledged the evidence relating to the quality of the cargo, he did not accept that this gave rise to a potential right of rejection on the part of the buyers. He held that specification was not part of a sale by description and that, in principle, description and quality
were different notions. The condition implied by s.13 of the Sale of Goods Act 1979 relates only to the “description” of the goods and not their quality. In this case the goods were described as ‘Crude Oil Mix CN27090090’ and the further information provided was relevant only to issues of quality.

As the Judge noted, if the parties had wished to make the quality of the product a condition of the contract then they were free to do so, but absent such agreement such a condition would not be implied by statute.

There was some limited comfort for the buyers on the issue of damages however. The Judge recognised that even if they  had no right to reject the cargo, the buyers would have been
entitled to claim damages for the difference in value between  the product promised and that which would have been  delivered. In this case the buyers had good arguments both in relation to the quality of the product and also for short delivery and were entitled to deduct US$133, 214 from the sellers’ claim.

Although the Judge did not proceed to make a finding on the  balance of damages due to the sellers, it is worthy of note that  the deduction allowed in the buyers’ favour was less than 10% of the sellers’ most conservative claim amount.

Comment
The decision is one that will be of considerable interest to all those engaged in oil trading, particularly in spot trades. Although the Judge made it clear that his decision was based very much on the facts of this particular case, it will be of some comfort to traders to note his willingness to recognise the practical reality of a fast-moving market in which main terms can be agreed with details left to be resolved later. However, as in this case, there will often be room for dispute as to what should properly be considered ‘details’. The decision is helpful to the extent that it emphasises that where the parties have agreed on all the terms which they objectively regarded as essential for the formation of legally binding relations between them, the Courts will recognise and enforce that deal. The Judge was clear that on the facts of this case the language used by the parties on the relevant date was “that of  commitment” and this meant they were legally bound from that moment.